END_OF_DOCUMENT_TOKEN_TO_BE_REPLACED

A few days ago, I decided to go grunge for the party. However, Mon dissuaded me that the thing I was going for might be too much and I decided to narrow it down to a denim vest. I took out this denim jacket from the bowels of our storage room and was already resolute to remove the sleeves. I remember buying it from Robinsons Metro East department store more than 10 years ago and I had worn it just once — I regretted buying it afterwards. LOL

After about an hour or so, I was able to transform the jacket to a vest, sparingly embellished with my favorite studs to give it a little character. Maybe it was a good thing that I had little time to do it because if I had more time, the vest could have gone over-embellished and would have crossed the gaudy side. I originally thought of wearing a white shirt with a bejeweled skull design on it but finally talked myself out of it. Then of course, nothing says 90s more than a good ‘ol Prada nylon backpack! 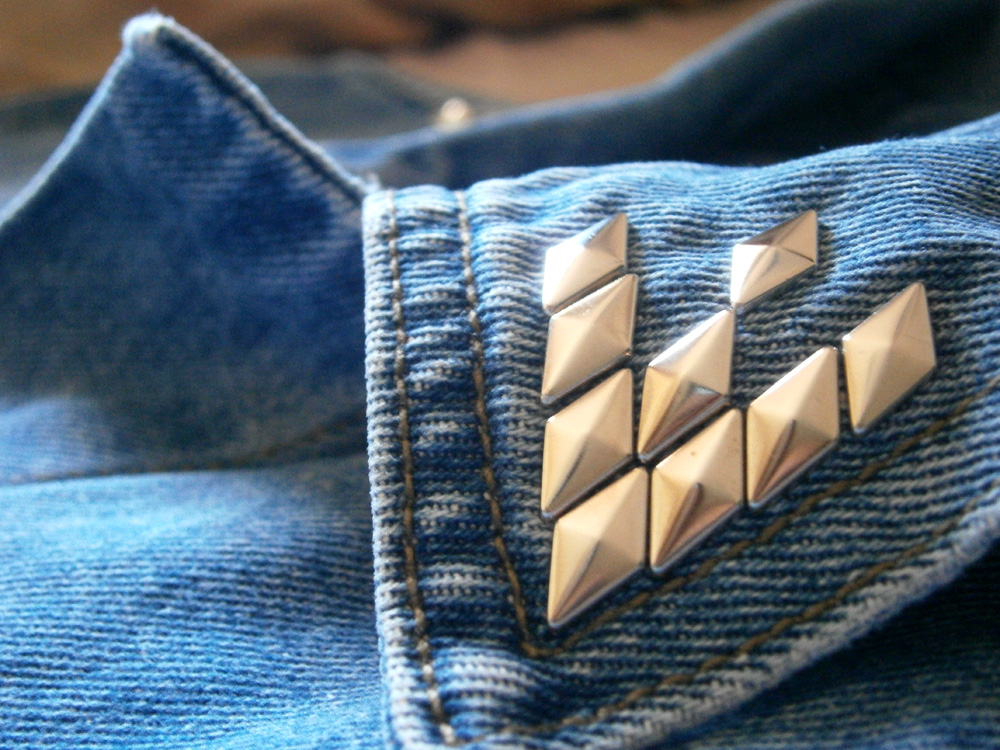 We arrived late in the party at around half past nine, but we still were the first people to arrive in our group. Then one by one until 11:00 PM, everyone has already arrived and we started having a great time. And I think the best part of it was to see my teammates dress up as the Spice Girls (albeit toned down)! Clang as Posh was definitely the bomb, with the the LBD, black heels and the bob wig. 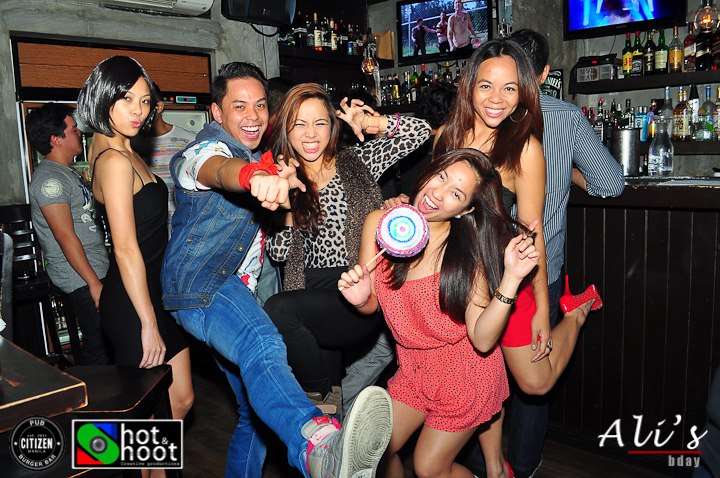 It was the perfect event to party with these guys, because honestly, I have NEVER met another bunch of people like them who are, admittedly, the best party people. It has been a long time, in fact, years, since I last indulged myself with booze and good music. 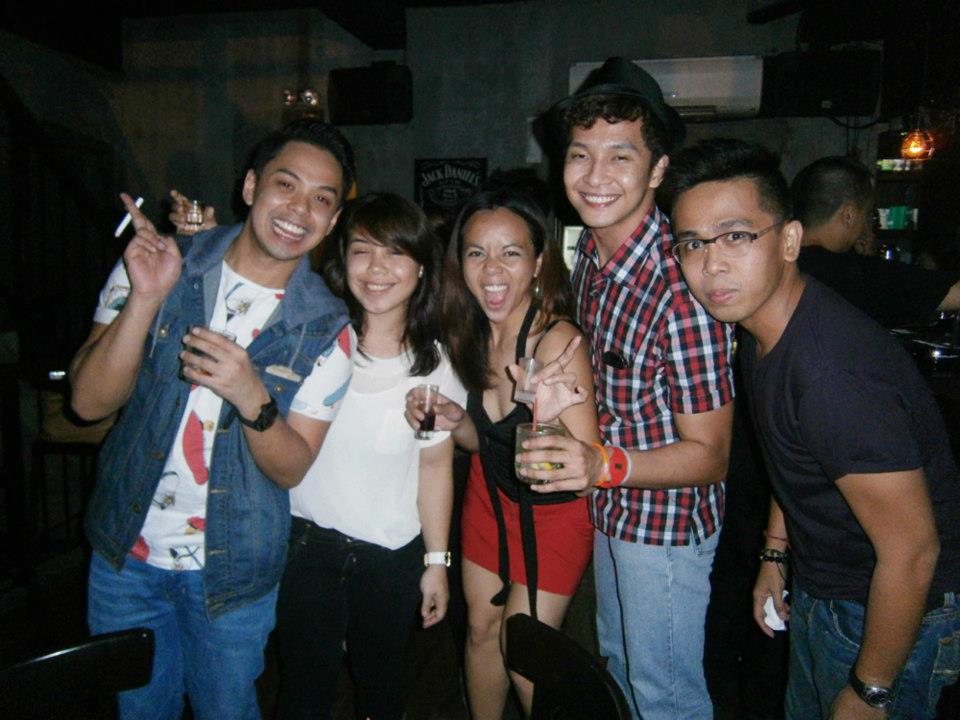 Speaking of good music, last night reminded me of how much I love 90s music. From Mariah’s Breakdown, Diana King’s Shy Guy, Robyn’s Do You Really Want Me, TLC’s No Scrubs, Ghost Town DJ’s My Boo to name a few. It was the perfect playlist, sauf when the DJ played The Corr’s Breathless. O_O It was the most non-dancey music out there and I have no idea why it was played. Anyway, I went home looking for copies of the music played and the entire Sunday afternoon was full of 90s nostalgia. 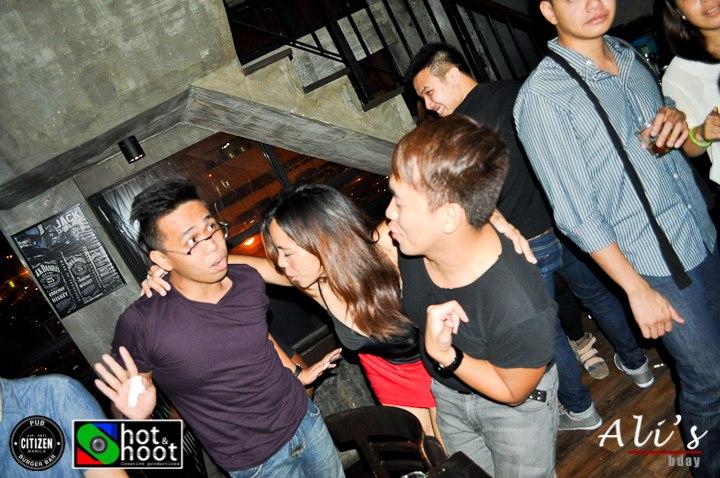 There was also a surprise guest. =D Ali was very ecstatic since last week because one fierce queen  had agreed to come to the event. I was eagerly anticipating this because it has been years since I last saw a drag performance in person.

I can’t stress enough how delighted I was to have attended Ali’s birthday, especially partying with my teammates after a long time. And also, a big thanks to Mon for allowing me to drink even just for one night, =D Again, Happy birthday Ali and thanks to the wonderful one-night time machine! 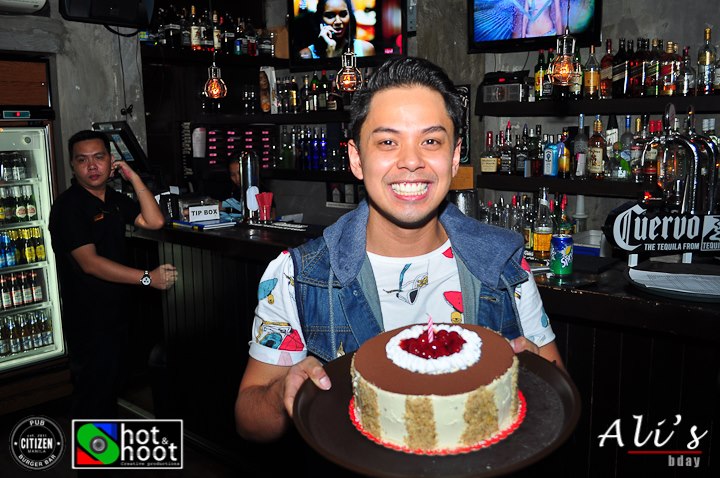 *All watermarked photos courtesy of Shot and Shoot Productions

This Saturday, a friend and former teammate will turn 25 and he’ll be hosting a birthday party for his friends and family. However, since he did not have a chance to dress-up last Halloween, he decided to have a costume party and bring back the spirit of the 90s!

Coincidentally, last Halloween, I have expressed my limited knowledge of 90s fashion. I can’t even fully remember or I fully regret my clothing choices back in the 90s. I used to wear sandals with socks because it used to be à la mode. At one point, I even tried wearing neon socks with my school uniform because almost everybody was doing it. I was such a sheep. Looking back, the memory of that pop of color by our ankles while walking makes me shiver.

Back to the upcoming event, I was racking my brain on what I will be wearing. I did not want it to be too costume-y nor shell out money to but things I’d probably wear once because I’m pinching the penny for our upcoming trip. Then, while listening to my iPod on shuffle, Celebrity Skin played… *boom!* No, not Courtney Love, but with Hole in mind, I suddenly recalled Kurt Cobain and the whole grunge movement. I definitely ruled out the second-half of the 90s as inspiration, but the first-half definitely tickled my fancy. Grunge perfectly fits this and I love the disheveled plaid, flannel, dirty jeans, and, of course, Doc Martens!

I’m trying to recall the things I have in my closet and I pretty much have all of them except a ripped pair of jeans. Should I sacrifice one I currently have, or just look for a really beaten up pair somewhere in the storage room? I think the latter was the most viable option. I now feel more excited to try putting things together and see if I can build a grunge ensemble.