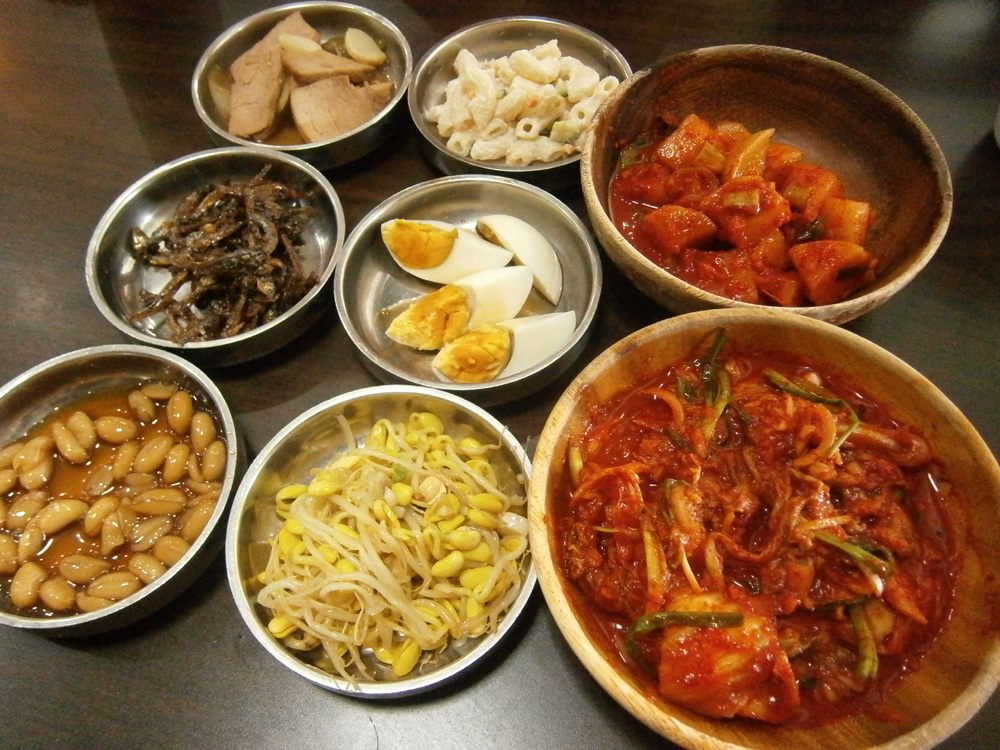 So yesterday, I had a fantastic day with Mon, Lot (his sister) and Faye. We initially intended to go to Music Bank in Diosdado Macapagal Avenue at around 2:00 PM, but remembered that it will not open until 3:00 PM. We then ate first in Sol Restaurant, few meters away from Music Bank, as we will definitely have a hard time eating a proper meal during the concert. There were few people in the restaurant and all of them were Koreans having, presumably, their late lunch. 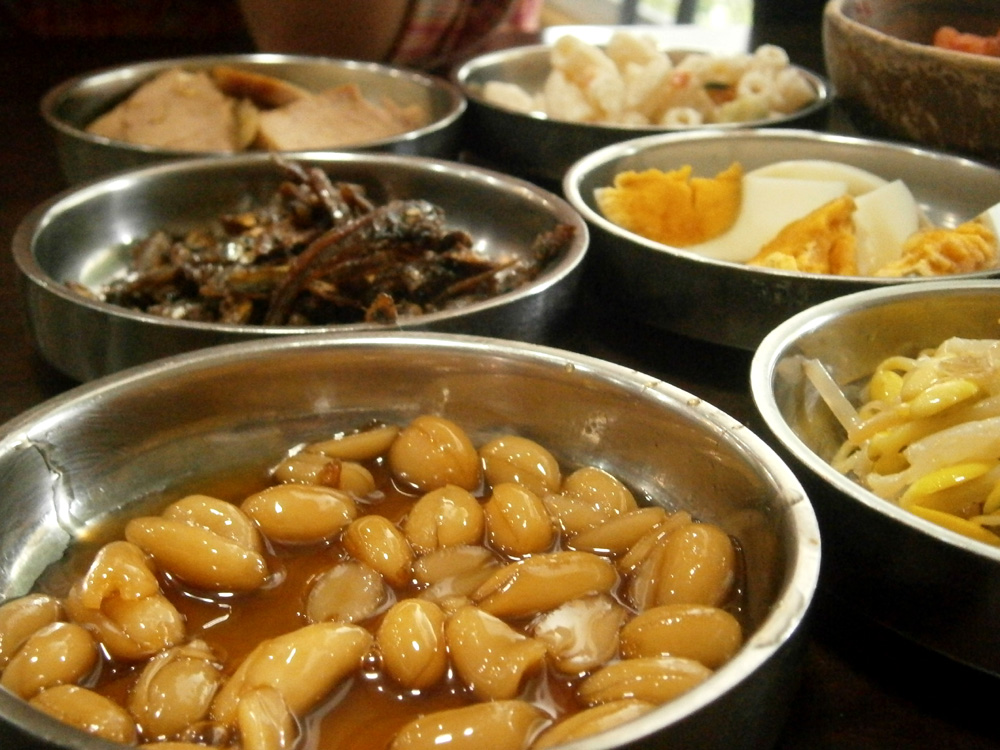 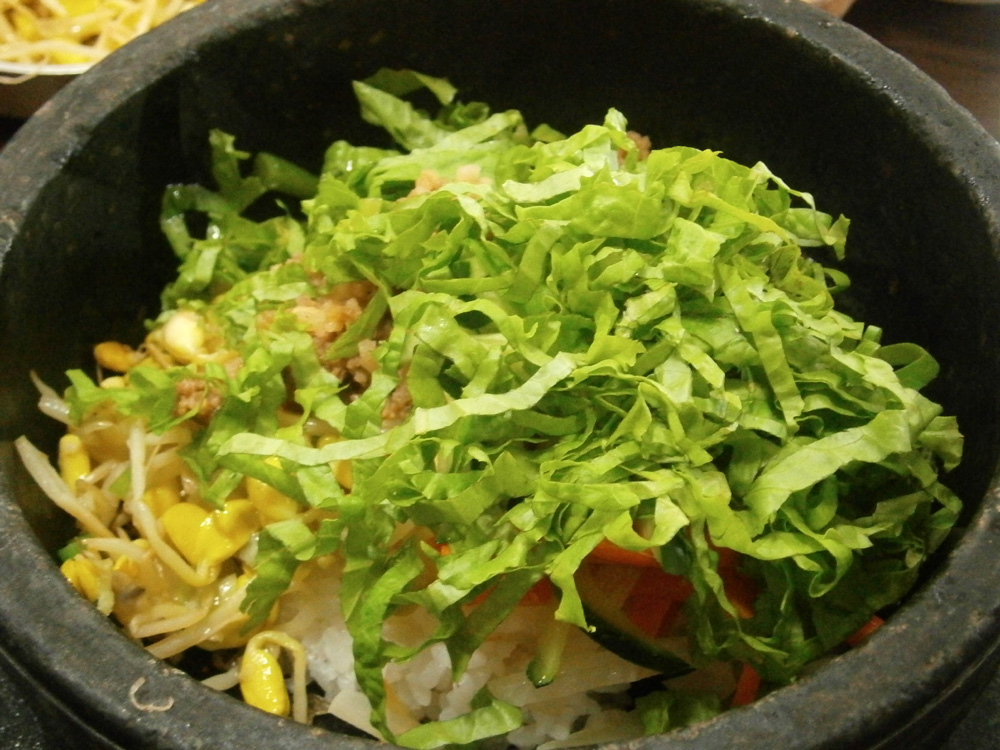 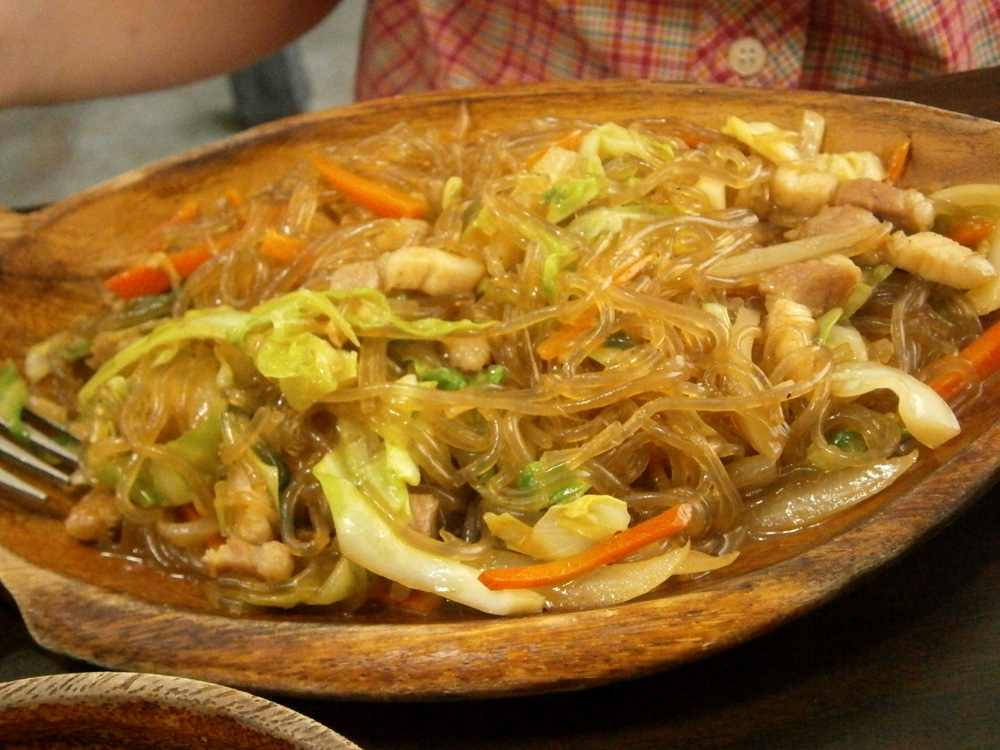 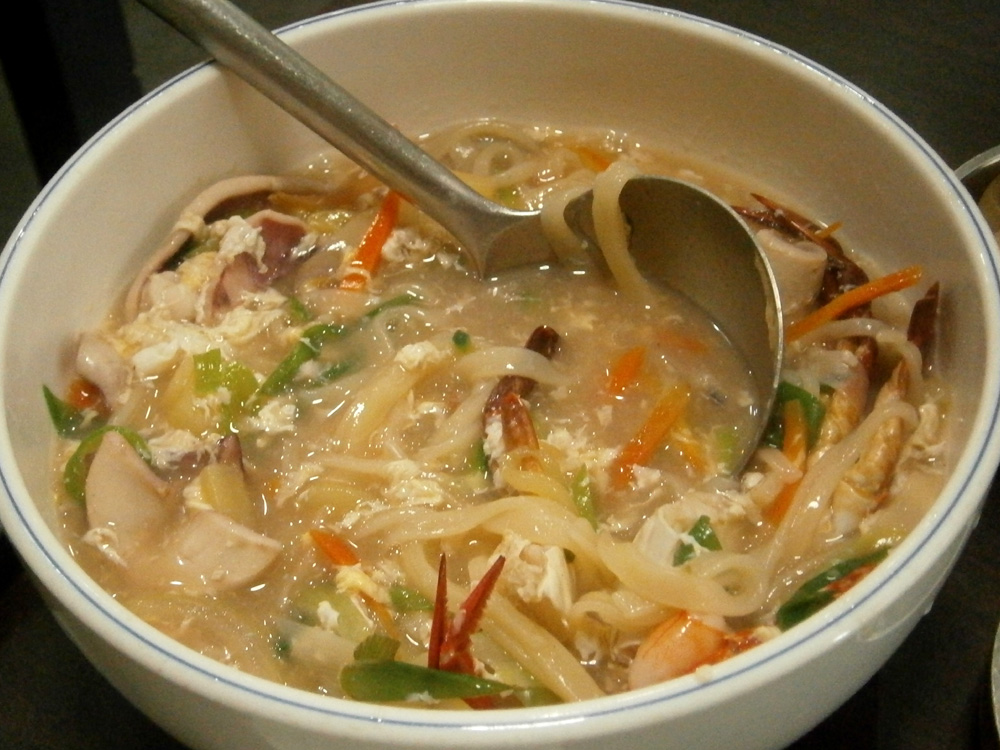 So at around 3:30 PM, we finally went inside Music Bank and started singing our hearts out. We had a little hard time looking for some of the KPop songs we would like to sing, but we got there in the end. We spent around two hours, while we were slowly frozen to death by the airconditioning. By the time we got out, I have already developed a runny nose; though I didn’t know if that was because of the room’s temperature or Faye’s virus finally contaminating me (she was not feeling well since Monday). LOL 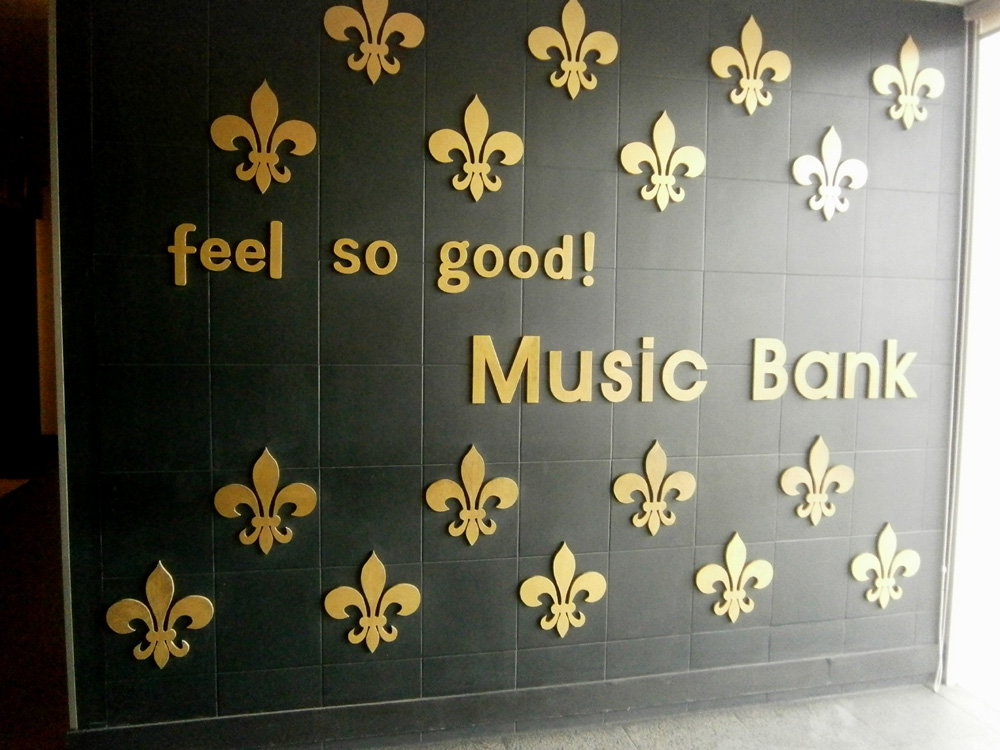 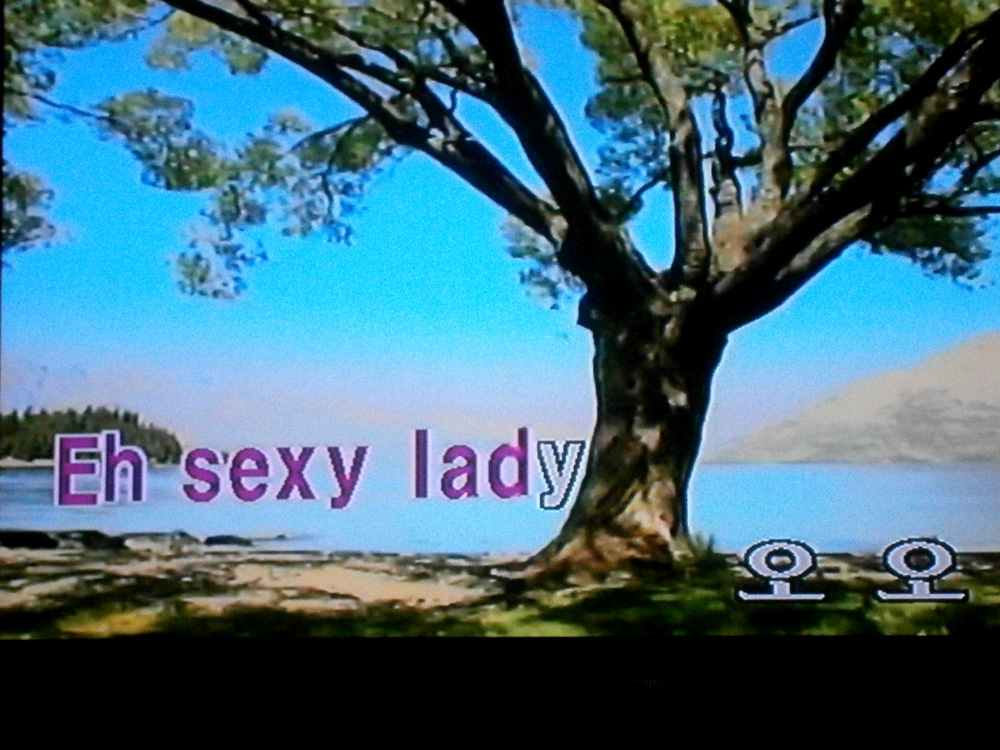 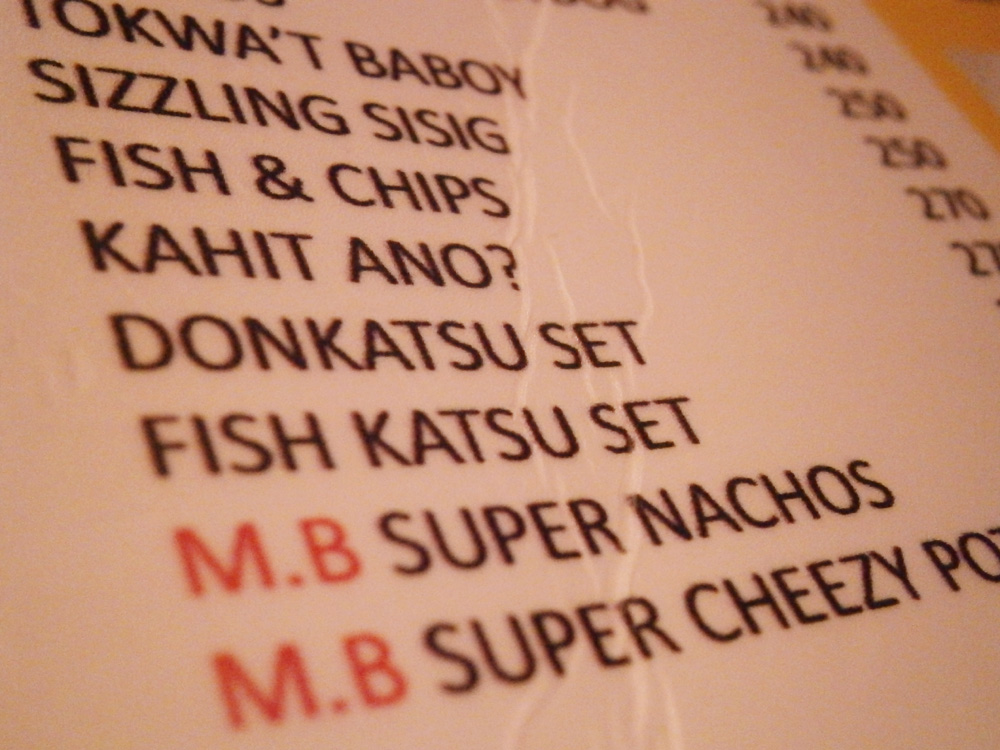 We didn’t actually know if it was a good idea to go to a noraebang before going to a concert, because we would most likely be losing our voice. But we still have a couple of hours to compose ourselves before the mayhem in The Arena. When we got in the Mall of Asia, we saw this crowd at the back of the venue: 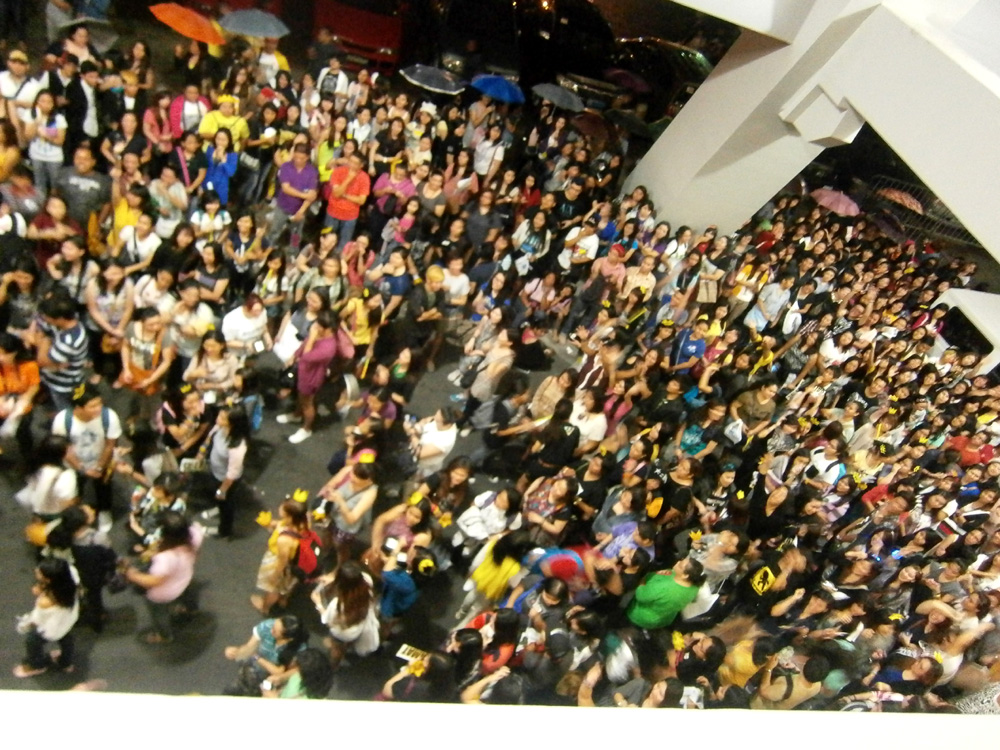 We were to enter in the Coral (Blue) Entrance and there were already a lot of people queuing for the mandatory bag inspection. We did not immediately fall in line because I wanted to make sure that I can sneak my point-and-shoot camera inside. I just observed how the inspection was done and I saw a couple of DSLRs and even point-and-shoots were confiscated by the guards on duty. So I just shoved it deep inside the side pocket of my bag, covered in unused tissue and with my iPod on the top so the guards would immediately see I had nothing to hide. Well it worked but we did not take pictures until we were finally seated in our respective seats. 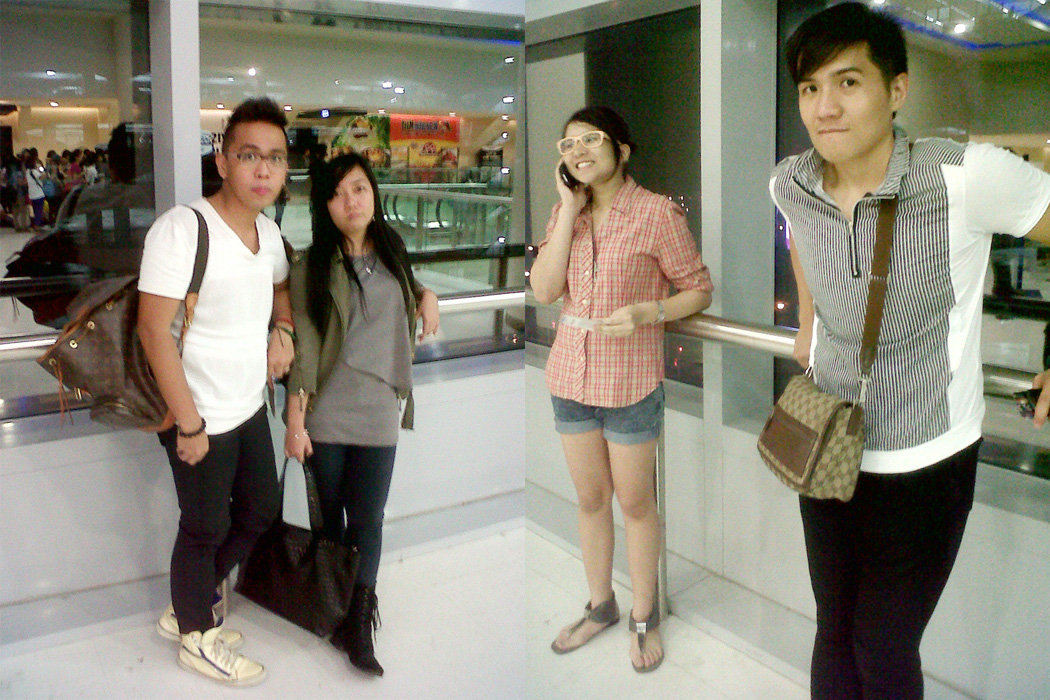 We were seated in Section 401, which was directly in front of the stage. One of our tickets was in Section 404, but as the person who was to sit next to us did not arrive (or the people, because seat numbers four to seven were vacant), there was no need to push through with our original plan of snatching that one seat. 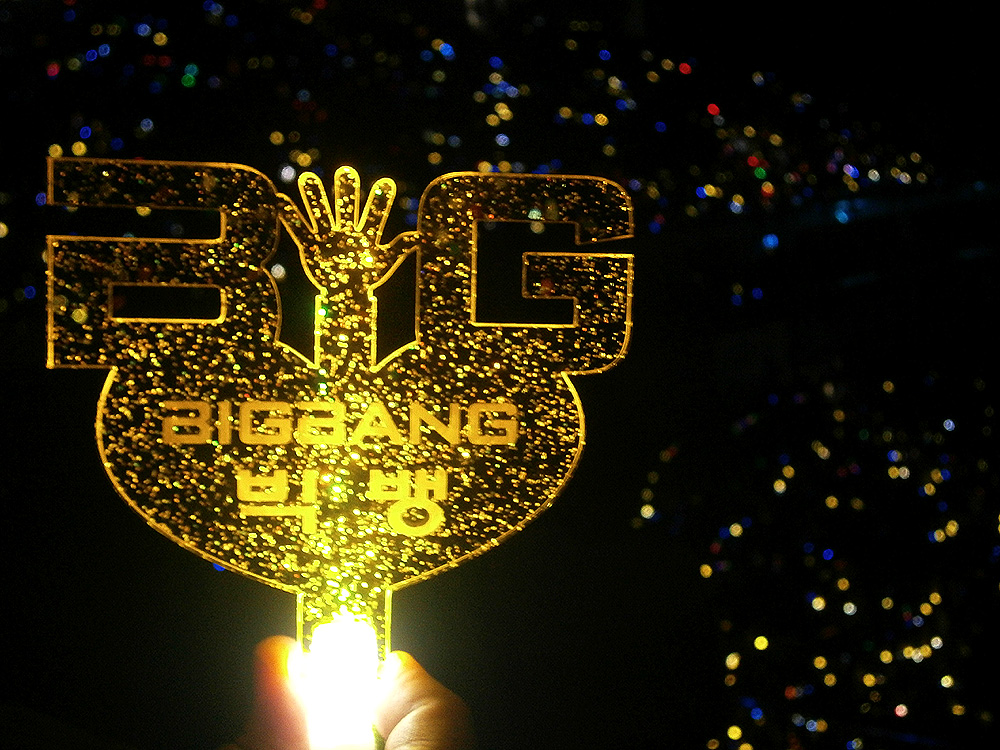 And then the concert started! After the curtains fell, the boys were revealed to be inside these illuminated tubes, as if teleported from somewhere. 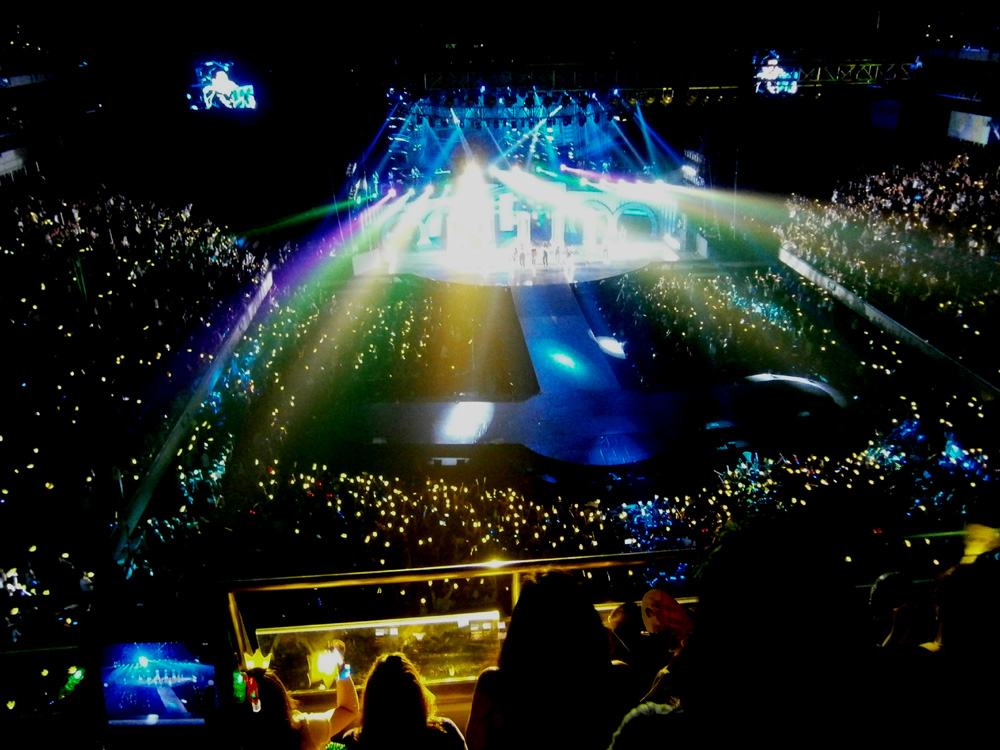 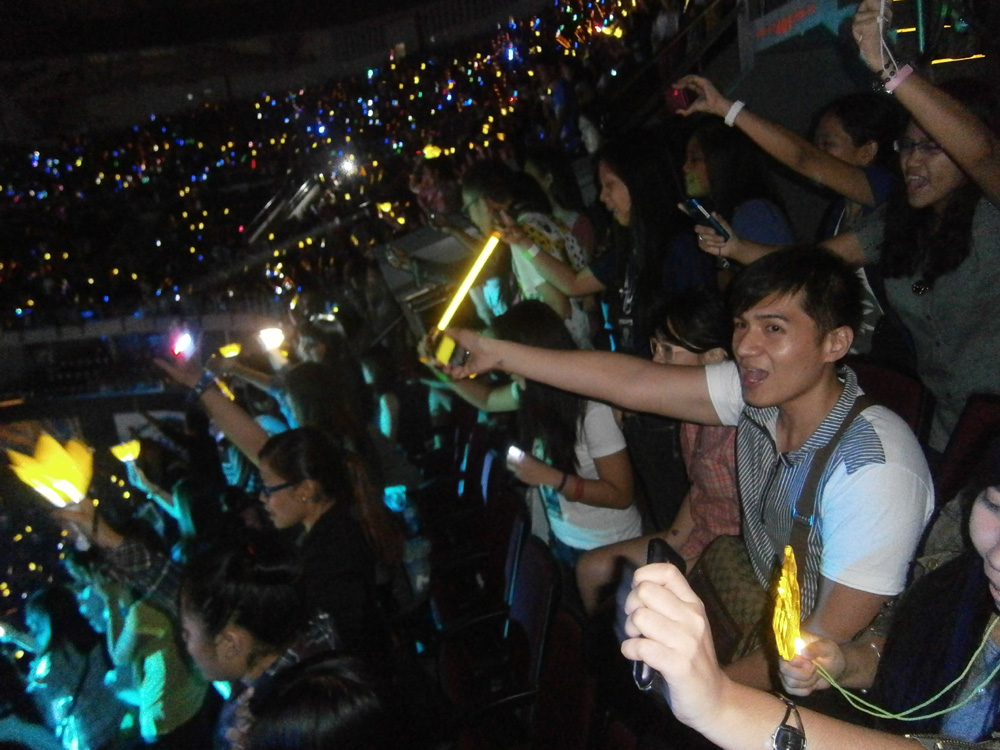 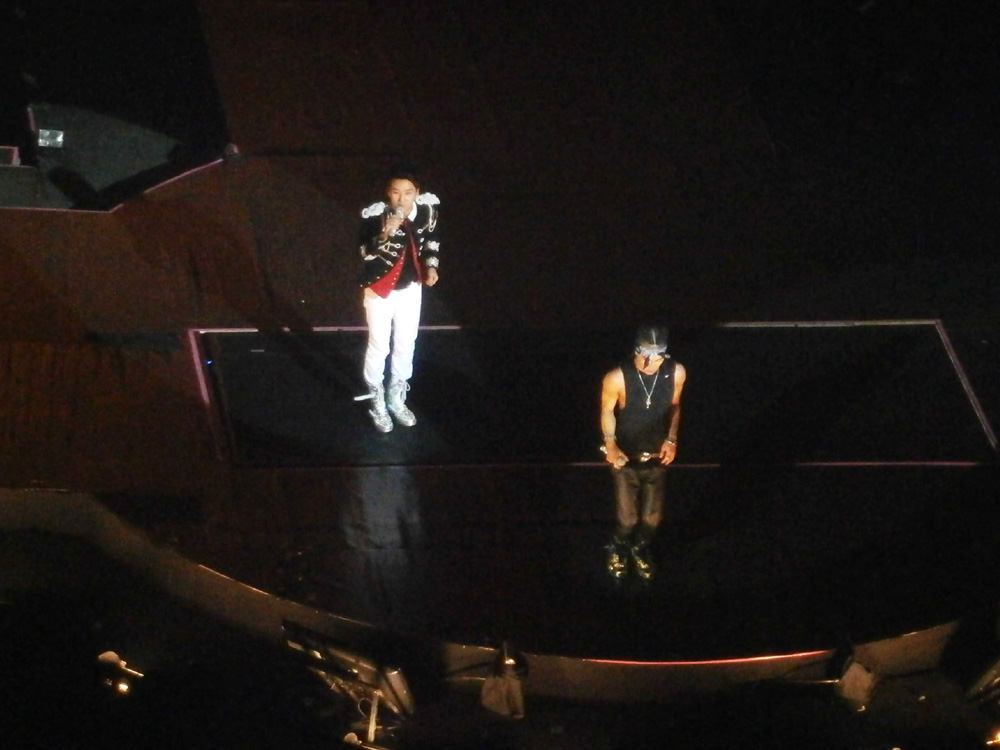 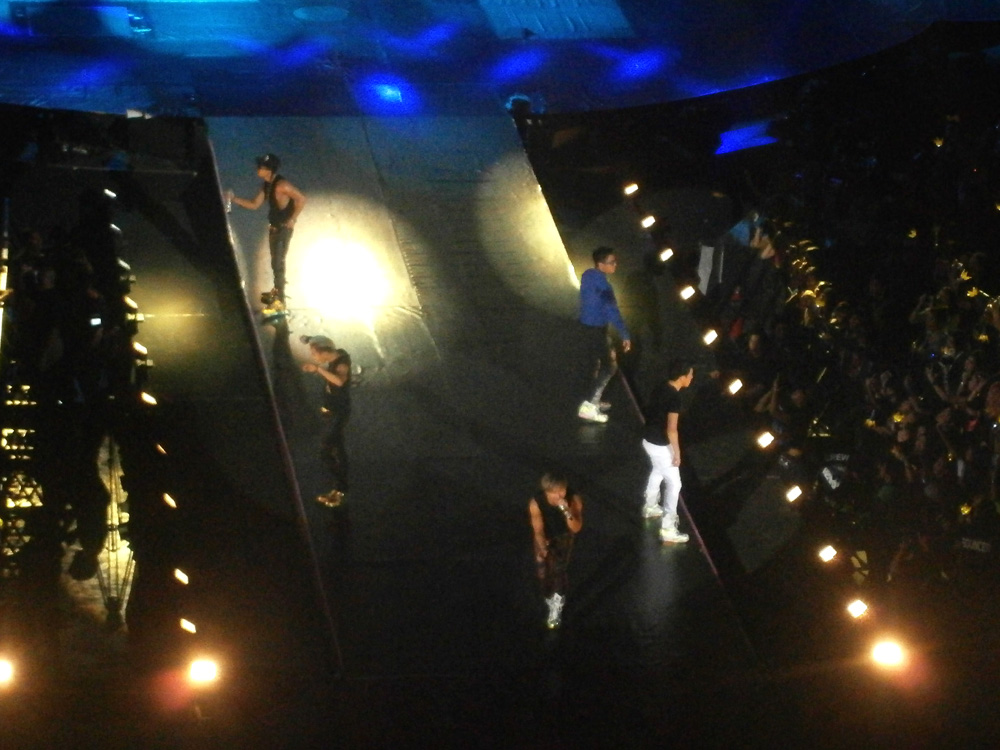 I did my best with what my camera can do and I noticed that it was far easier and better to take videos, as my hands were not that stable to take photos in low lighting. I managed to take several videos, but bothered only in resizing three of them. I also have uploaded the first one in my previous post. And also, I was not screaming like a banshee in these videos (unlike the 2NE1 videos I took, where I was screaming Bom’s name like it will lead me to salvation). (*Note: Change the quality to “480p” ([in the gear icon above] to view the best quality)

If I have to be perfectly honest with the whole experience, I sat during most of the middle of the concert because: a) I did not know the songs they were singing, and b) I was really too low-energy (a.k.a. old) to match the energy of the people around me. However, the line-up of the songs was perfectly-made that I cannot NOT stand up and sing along with the songs I knew and loved (e.g. the songs I recorded above). LOL My mental discography was very archaic and I was stuck in Big Bang circa 2008-2009. 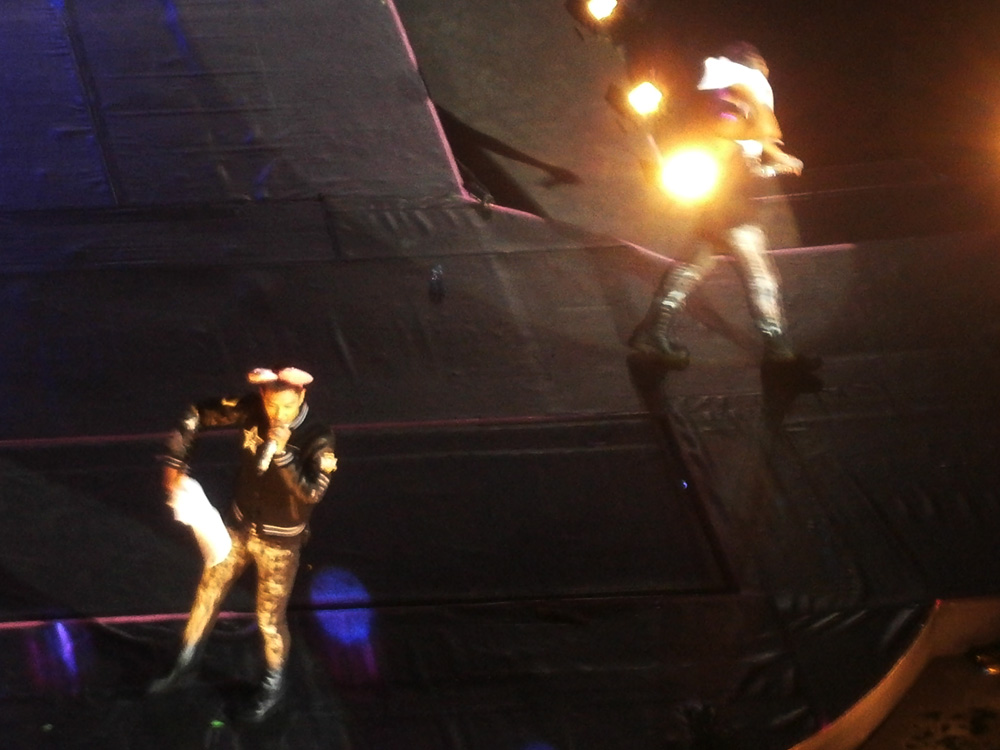 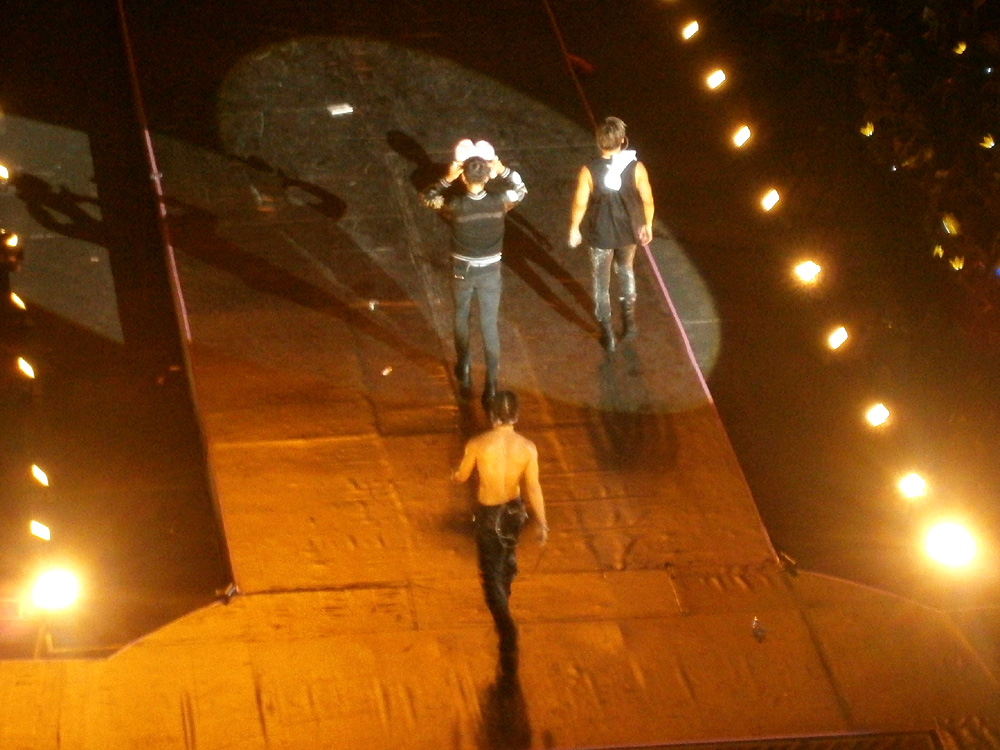 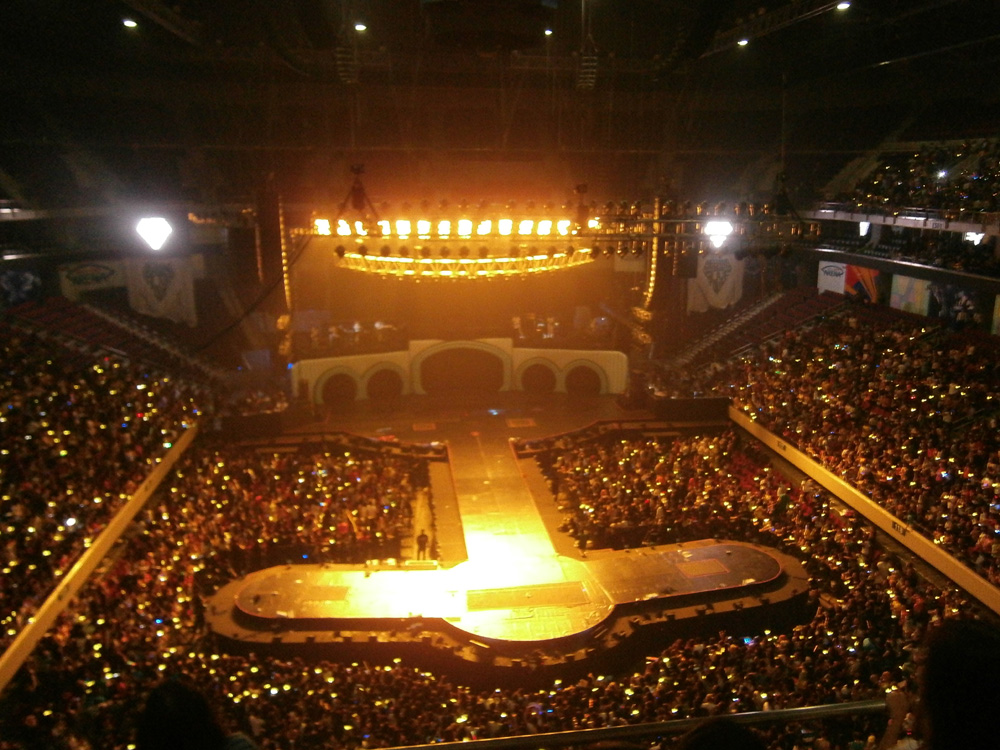 At Php 3,900, we got our money’s worth. =D Compared to the three-thousand plus we shelled out in that joke/milk-the-opportunity strategy called “The Party” last year, Big Bang’s first concert here in Manila was very good, production-wise. Although it was apparent that most of the boys gave a very vocally lackluster performance (Tae Yang’s voice was cracking, and as how Sharon Needles put it, he was Christina-ing it out a lot; and GD seemed to have quite a lower energy). Daesung was the most consistent among the boys and I have new respect for him because of that. There were also a lot of Roselle-Nava-sing-with-me moments, which I didn’t like. =/

Another theory given by our friend China (who had to brave the fiasco at the topmost seats, along with two other people), was that GD sensed the overwhelming bias of the crowd towards T.O.P. and he was already resigned over that fact. LOL I didn’t even know how factual that theory was but I think that he still gave a decent job, albeit the low energy. Also, we were wondering why he did not perform his latest single, Crayon (whose video shown before the concert even started has sent the crowd to a shrieking frenzy). But I was extremely envious of his Givenchy Rotweiler shirt. Ugh. LOL 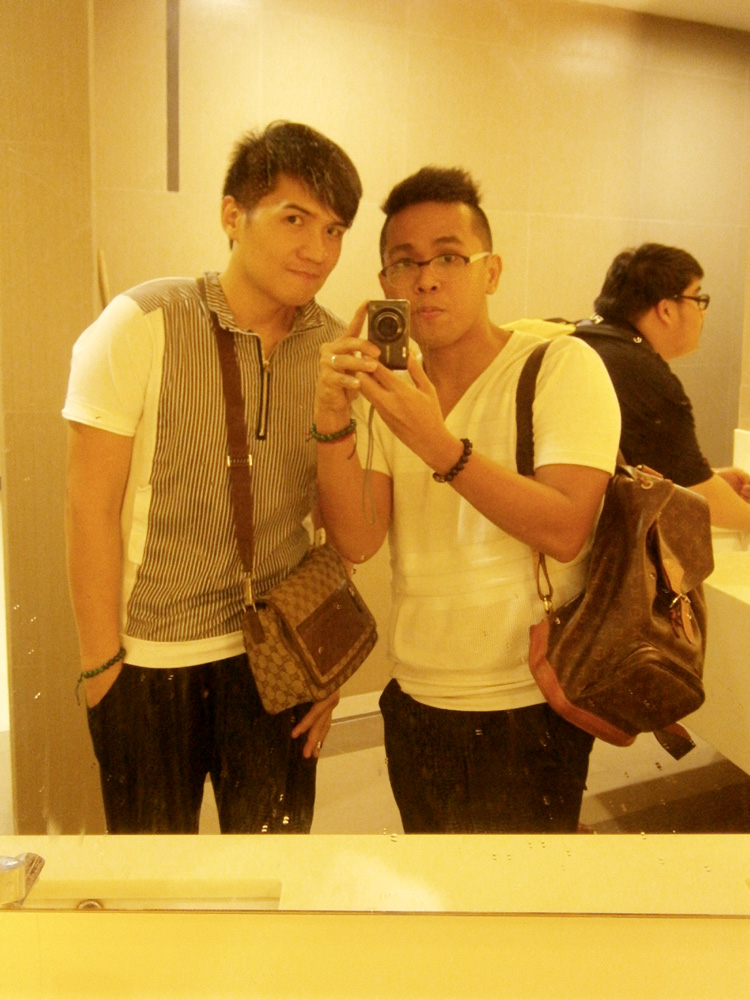 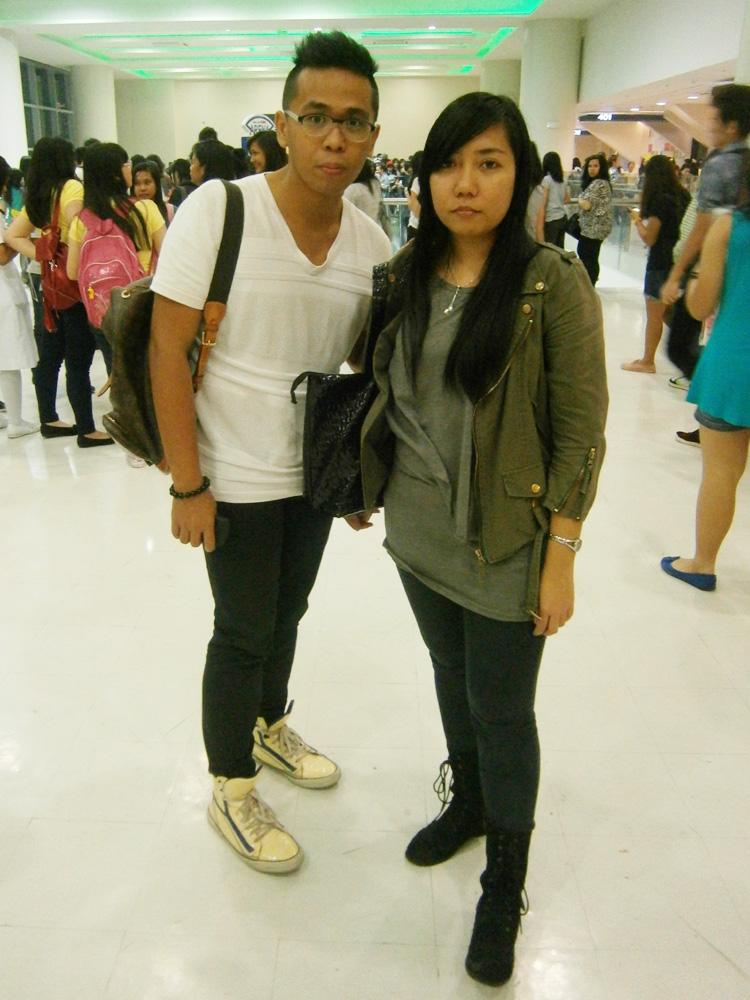 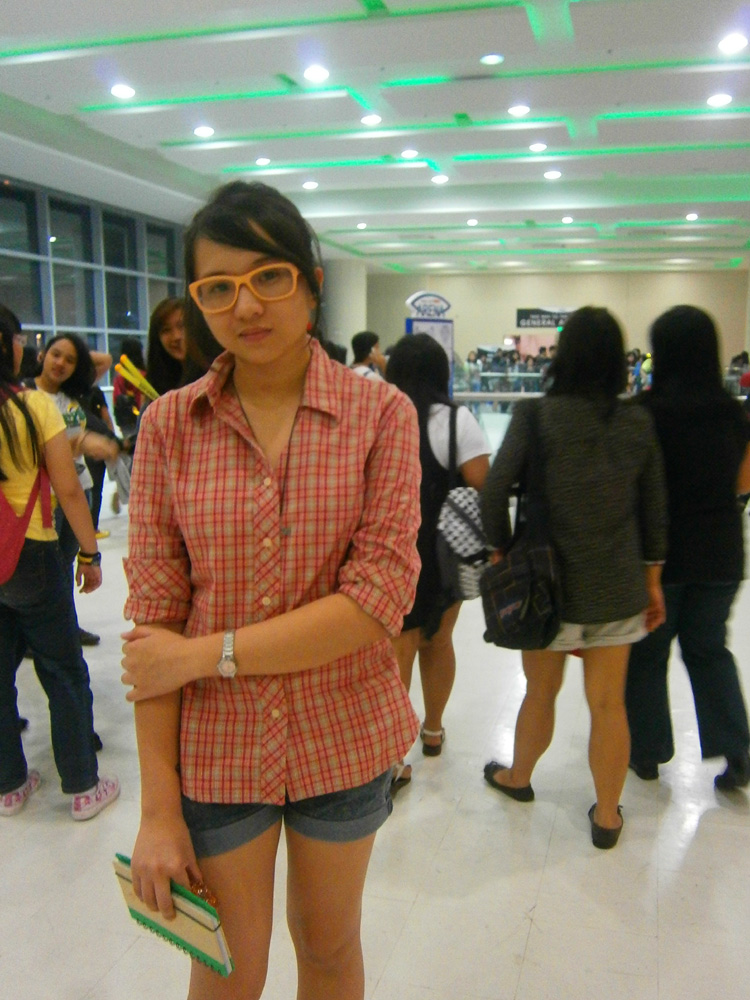 Naturally, we were hungry after the event but as almost all the establishments were closed by 10:30 PM (the show ran few minutes over two hours), we did not even bother eating a snack. We actually had the choice of going to McDonald’s but it was jam-packed, so we decided to just part ways. The rain also did not help. I forgot to bring an umbrella and I just had a gray cardigan inside. As I was more worried of the vachetta parts onn my backpack, more than myself getting wet, I just buttoned it around my bag, liek a new-born baby. I didn’t want any watermarks to ruin the leather. LOL

We’ve heard that SNSD (or some other group from SM Entertainment) will be going to Manila next year. Lot is one BIG SNSD FAN and she will most likely watch their concert, if ever they would organize one. But as the light sticks are probably insanely marked up here, we will be just buying some in Seoul this December when we go back. I might even buy a few more just to sell when that happy day comes. LOL