While fixing the bag I used earlier, I’ve noticed that I have already accumulated a handful of coins. The lost of my coin purse a month ago has pushed me to be reckless with the loose change. The handful of coins did not help because my bags are usually heavy to begin with.

To celebrate being free from the rashes of the previous month, I finally wore shorts today. But since I still got a few issues by my left foot, I decided to skip the flip-flops and wear these sneakers to cover them. In spite of the imminent downpour, I still wore light-colored shorts.

Just kidding. I won’t be giving a mock epiphany over a bus ride, the same way an article of a ditzy girl from a school in Katipunan had gone viral earlier this week and received lots of criticisms.

Anyway, I had an unfortunate incident before leaving the house and tripped and midly sprained my left ankle. I then chose not to take the MRT out of fear of taking another wrong step and rolling down the stairs to see the end of me.

As much as possible, I avoid taking an airconditioned bus because I can’t stand the air conditioning mixed with those My Shaldan and pine tree-shaped air fresheners. Just the thought of smelling them made me instantaneously nauseous. As I always claim, I can ride an ordinary bus or a long jeepney ride but not an air conditioned bus. However, as years passed by, I finally developed a better tolerance, unless the bus really stinks.

END_OF_DOCUMENT_TOKEN_TO_BE_REPLACED

This day has already annoyed the hell out of me. I woke up early just to go to school because it turned out that the second page of my essay for the Part 3 of my compre exam was NOT included in the photocopy. Good thing I was allowed to print the missing two pages in the department so no harm done. It went really okay and smooth.

END_OF_DOCUMENT_TOKEN_TO_BE_REPLACED

When I was still in high school, we call the act of exiting the room on the last day of exams as NIRVANA, or achievement of the state of liberation associated with Indian religions.

I took the third and FINAL part of my comprehensive examinations for graduate school this morning concerning my cognate subjects. Frankly, I was already at the point of saturation last night when I was dilly-dallying instead of reviewing hard. It was the strange feeling of already knowing something but unsure of whether you truly knew it — if that even made sense. 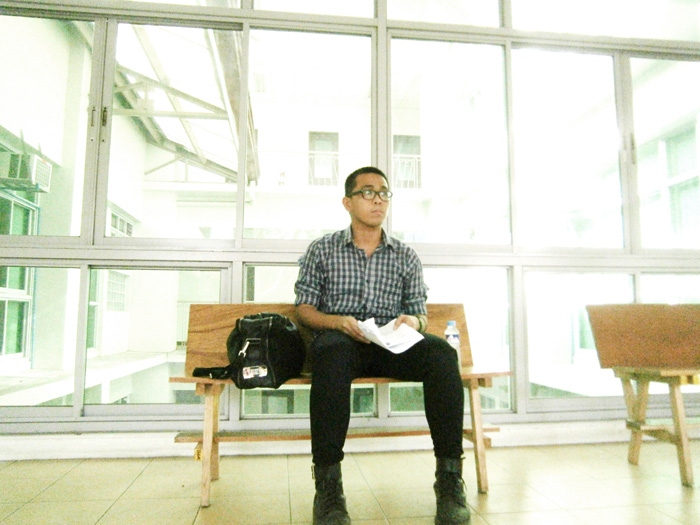