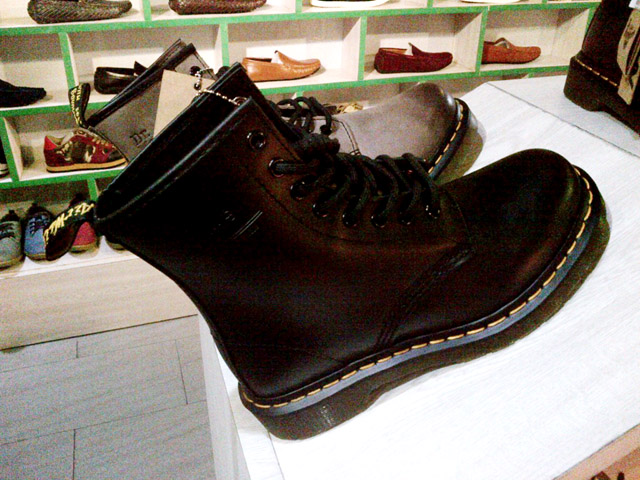 END_OF_DOCUMENT_TOKEN_TO_BE_REPLACED

I do not know if it is safe to say that summer has officially ended. For several days, we’ve been getting a lot of rain and wind, that Marcos Highway and that main road in SSS Village got their first flood of the year. With the effects of climate change, I think at least the dry and rainy season had all moved at least a month earlier. It is boots season again (not that I follow it) and I managed to score another one online. =) 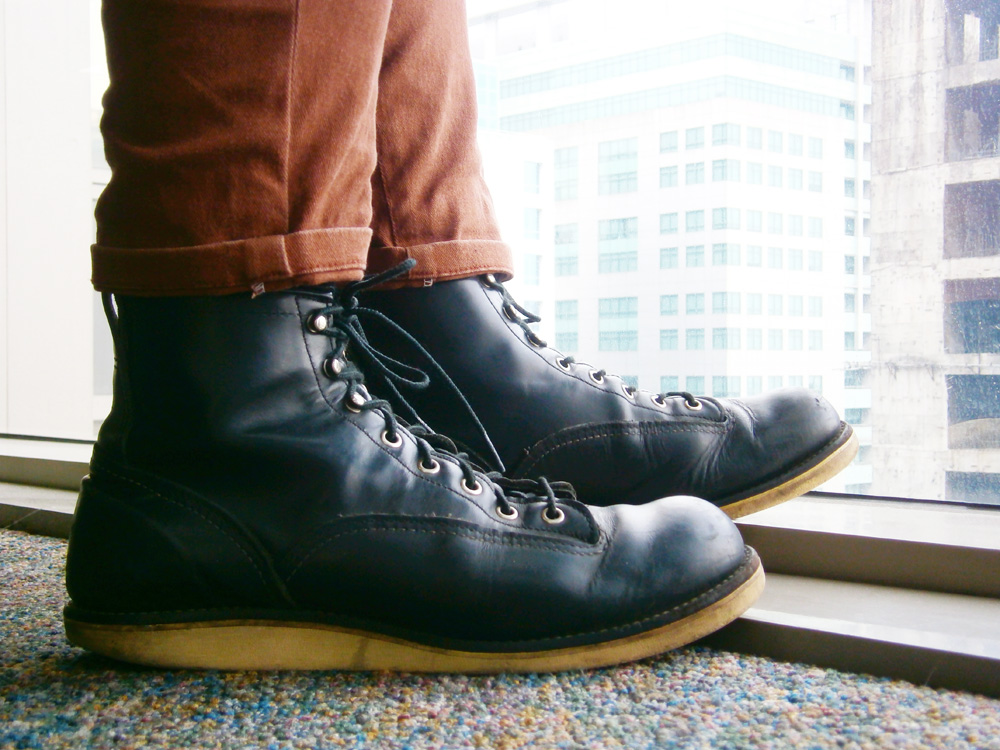 I still love my Doc Martens but I’ve been lately using the pair of Red Wing 8875s because the white crepe soles are very sneaker-y and looks very casual. We still have a dress code in the office but that pair is not technically a sneaker so it is still not a restricted footwear. However, as I do not feel confident wearing chestnut boots with black pants, I have been wanting another pair of Red Wing in black. And along came these 2913s.

I’m not that familiar with Red Wing and whenever I see one for sale online, I have second thoughts. Back in March, I got an interesting comment on my blog from a person accusing me that I have a fake 875. Well, thank God for the internet because an extensive search led me to answers, and I did the exact thing for this black pair of boots.

One thing I’ve learned was that certain styles are not available on other locations, such as 8875s being a Japan exclusive. Then 2913s are not available in the US, but they appear in Red Wing Singapore’s website. I also loved the small history about this style, as it was based on boots worn by electric line workers. According to their website, one out of three linemen was killed by accident while working due to faulty shoes. The design first appeared in the 1940’s on their catalogue and the 2913 adapted it. I expect to try on climbing lamp posts in the coming days, granted this pair has the power to prevent me from falling. Just kidding.

I’m really thankful for the eco-bag trend (which I really hope to be a fixture) now because I can now carry tote bags like this without looking like a sore thumb.

I had reservations before, but almost everybody in the streets are now carrying at least one extra bag for miscellaneous things. With this bag’s back in the front, it really does look like something you can find in SM or any supermarket to carry your stuff around. =D Plus, I’ve been doing my best to carry less heavy bags for my shoulders’ sake.

END_OF_DOCUMENT_TOKEN_TO_BE_REPLACED

Last day of the month and February literally passed by with only twenty eight days. I was on half-day leave because I attended a conference/workshop regarding aging and migration in UP, with guest speakers from different countries, especially in Asia.

The venue was at the University Hotel and it was then that I realized that I have never entered that area of UP before. Finishing both my undergrad and graduate degree, I still haven’t visited a lot of places inside the campus and the University Hotel was no exception. I thought I arrived late, but good thing that the event did not start until 1:30 PM. I overlooked the schedule of activities, wherein 1:00 PM was just the registration proper. 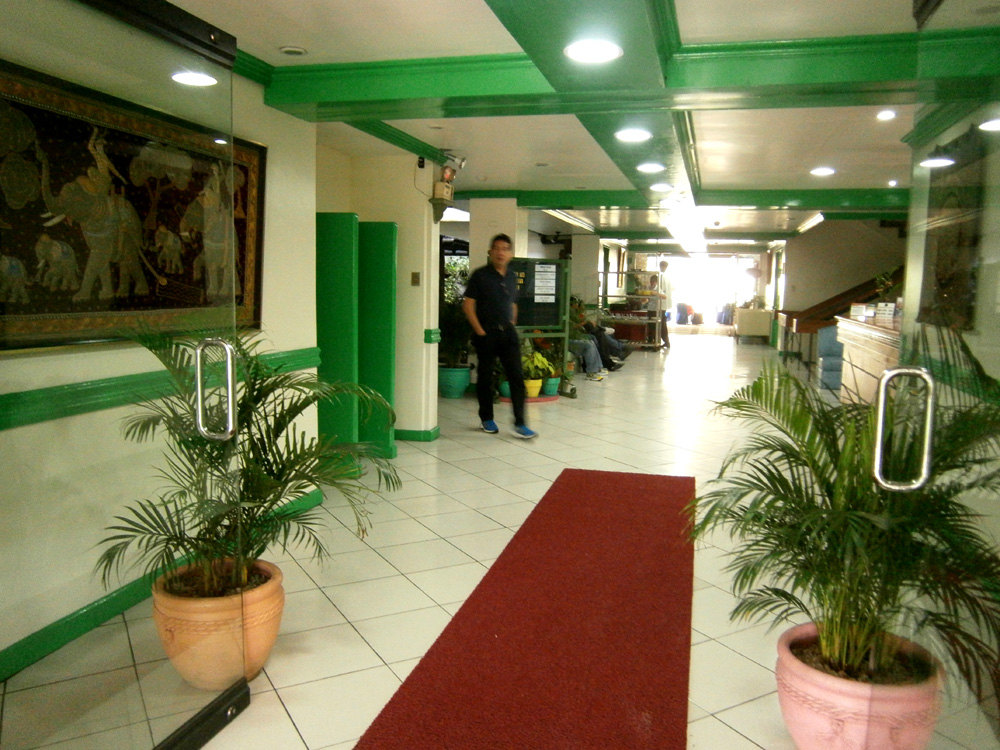 The theme of the workshop centers on aging and migration in 21st century Asia. The primary organizer, Prof. Yoneno-Reyes, sent an invitation/announcement to everybody last Sunday. She was also my professor in aging and migration three years ago, and I still find the topic interesting and compelling. The moderator of the event, Prof. Sevilla, was also my professor in a West Asia course. For the whole afternoon, three speakers from Japan, China and South Korea presented their papers. Two of them were from Kyoto University, while the other one was from SungKongHoe University.

One by one, the three guests presented their topics: from the concepts of intimate work, ‘housewifization’, to ‘a new woman’; as well as marriage migration chains in East Asia to South Korea’s changing policy on multiculturalism and migration. But if I were to be frank with my observations, it was quite frustrating having to follow and grapple with the discussion. Aside from the looming presence of the language barrier between the speakers and their audience, the faulty sound system made matters worse. I felt really embarrassed for the guests, especially when another discussion from the next-door’s conference got transmitted and broadcasted in our room in the middle of the speaker’s discussion, due to mixing up of wireless microphones’ signal. I wanted to hide under the table.

I looked at the list of guests and saw that Gabriele Vogt was present. I was really eager to see her because she wrote one of our required readings in class before. I even cited her in one of my essays for comprehensive exams.

If there is one thing I have learned about myself from the event, it was my tendency not to socialize with people I do not know. There were only two people in the room who I knew, and they were my previous professors who were busy with the workshop. I just sat at the end of room, next to the refreshments (coffee within an arm’s reach, yay!) beside two formidable-looking ladies. I did not start a conversation with them, until I decided against the awkwardness of the situation. I was stunned to know that I was seated next to the dean of the College of Nursing of UP Manila. O_O Good thing she was very approachable and even started asking questions about me. There will be another session tomorrow, but I’m not too sure if I would be able to attend. I really need to seriously start reviewing for another exam two Sundays from now.

P.S.
Just as the day turned 28, I found out that our grandmother (my father’s auntie) passed away due to stroke. She was in a nursing home in Alberta, Canada and I haven’t seen her since the late 90s. She died at the age of 88. May you rest in peace, Lola Soling and we love you so much.