Mon and I were both on halfday leave in the office for Valentine’s Day and it was a sudden decision as well. For today, I wanted a Valentine-related outfit, but alas, I can’t bear to wear anything red nor too dressy. The best thing I can put on, then, was this polo shirt with a black heart on the chest. I also wore this pair of YSL sneakers for the first time. =D

From the office, we just walked to Greenbelt 3 because it was very difficult to get a cab. We had no choice because we still have to claim our tickets for the movie and waiting for an elusive cab to come would definitely eat up our precious time. It was a nice night to walk anyway, because it was quite windy.

Arriving in the Greenbelt area, we immediately noticed how crowded the whole place was. It was dofficult to walk from one place to another, and all restaurants were brimming with people eating and queuing for an available table. Yikes. We had to get our movie tickets first and good thing we have already reserved the night before because if we were to get the tickets right there and then, we’d end up sitting separately or not at all. 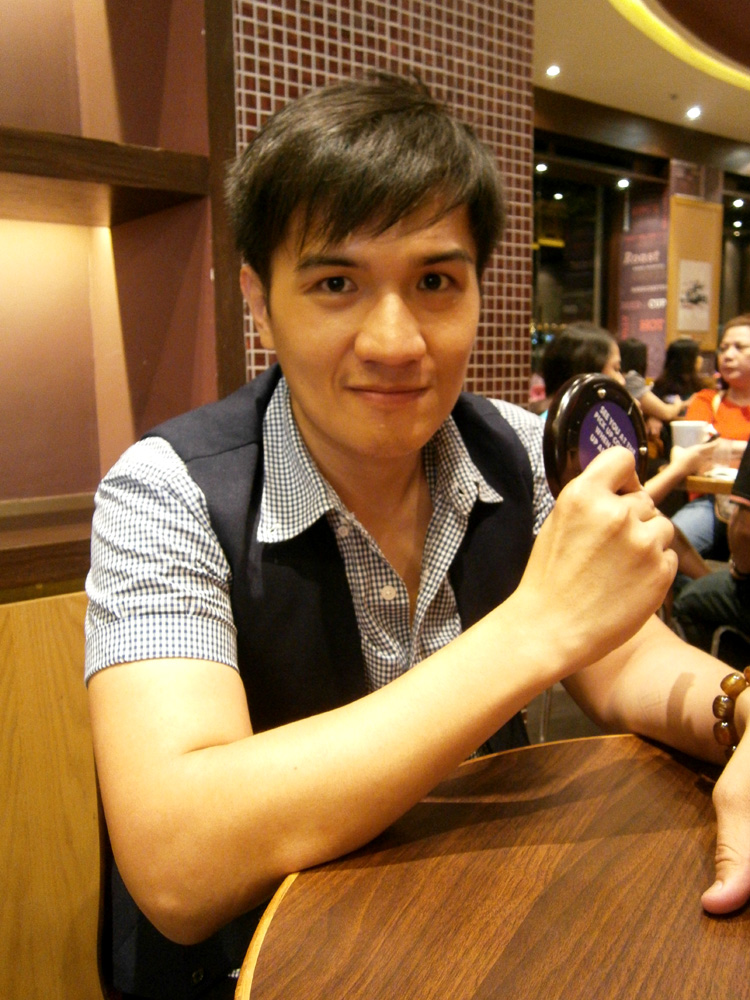 As mentioned, every restaurant in the area was full, and the only place available where we can eat was in Coffee Bean and Tea Leaf in Greenbelt 5. We had no extra time to spare waiting because we had less than 40 minutes before the movie started from the time we got the tickets. We immediately ordered for the most possibly-satisfying food they have on the menu and not all of them were even available. Well, we had little time to eat anyway, even if it was our quickest Valentine’s dinner ever. LOL 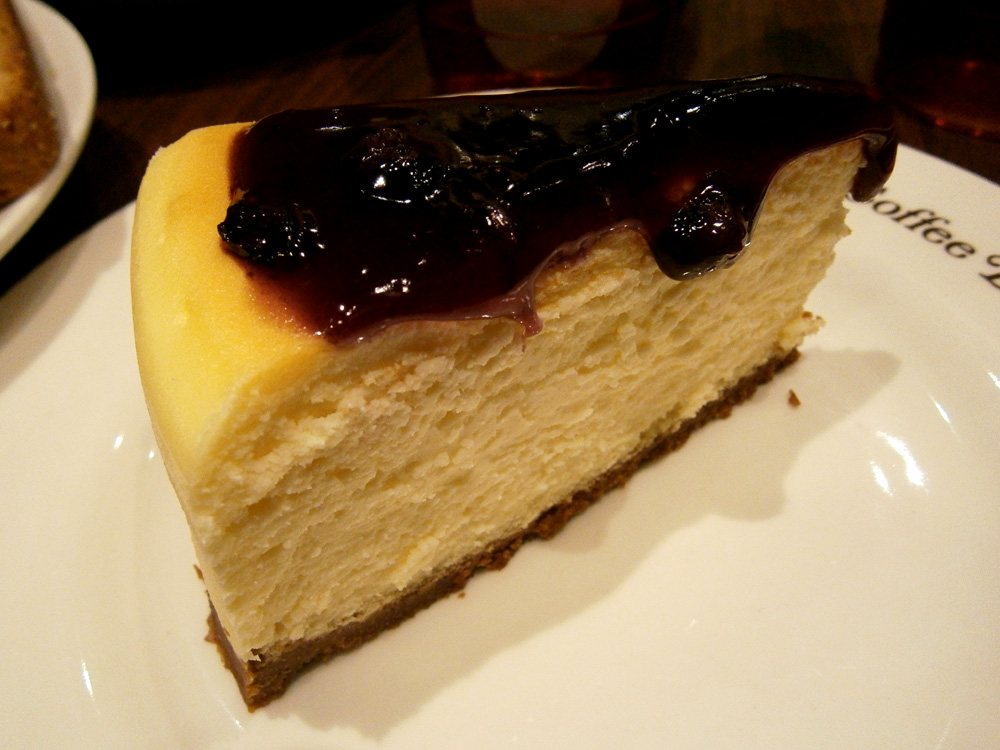 We barely finished our food, when we found ourselves walking back to Greenbelt 3 for our 8:35 PM movie. We chose ‘Warm Bodies‘, as it was what we were supposed to watch instead of ‘Mama‘ last Saturday. I can’t even remember seeing the trailer of the movie before, but all I know was it features Nicholas Hoult (who played Beast in ‘X-Men: First Class‘ and a favorite model of Tom Ford, and even starred in the latter’s first ever film ‘A Single Man‘ — and yeah, he is also Jennifer Lawrence’s boyfriend).

It was tagged as a “paranormal, romantic zombie comedy’, which was a peculiar but very apt description of what we saw on screen. It was told in the point of view of R (Nicholas Hoult), which after a usual hunting spree with a pack of zombies, fell in love with the human Julie (Teresa Palmer), who was also out with a bunch of humans including her boyfriend Perry (Dave Franco) and bestfriend Nora (Analeigh Tipton) to forage for medical supplies. The zombie pack attacked the group and R ended up eating the brains of Perry, which eventually reinforced his attraction towards Julie.

I particularly had a good time hearing the hilarious timing of John Waite’s ‘Missing You‘ played on vinyl, during the key moments of the film, particularly when R first laid his eyes on Julie. I knew the song very well because Tina Turner’s version was once use by my old squad as music in one of the most amazing choreography I have ever seen. Anyway, the movie really had lots of funny moments, particularly when Julie was pretending to be a zombie and was acting a bit too much, perhaps based on a canned knowledge of how zombies move. LOL It was also good to see Analeigh in the movie. She was my favorite contestant in Cycle 11 of ANTM, and I was really heartbroken when she got eliminated. I did not realize how tall she really is, not until this movie, because she looked quite small next to the other contestants and Nigel and Ms. Jay. Analeigh has been doing good in her movie career, and her screen time in this movie was well spent. Excellent comedic timing and she was really hilarious in every scene that she was in. Julie, who I first thought to be a blonde and can-actually-act version of Kristen Stewart, looked very familiar. Searching Google after the movie, I was right in guessing that she was the love interest of the protagonist in ‘The Sorcerer’s Apprentice‘.

After the movie, we went to another Coffee Bean and Tea Leaf in Greenbelt 3 to have a quick snack and a drink of coffee (Mon opted for a non-caffeine drink). I was surprisingly full from our quick dinner and I even had to push myself to eat this cookie and biscotti. LOL At almost 11:00 PM, the place was still bustling with people but we were lucky to get good seats inside, near the window. 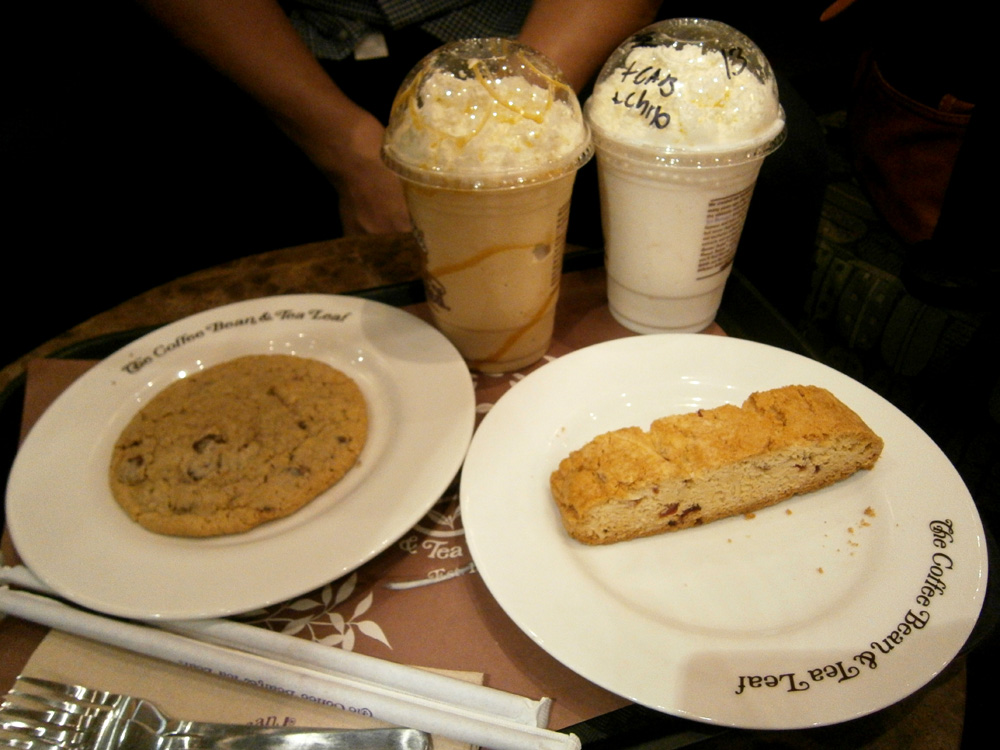 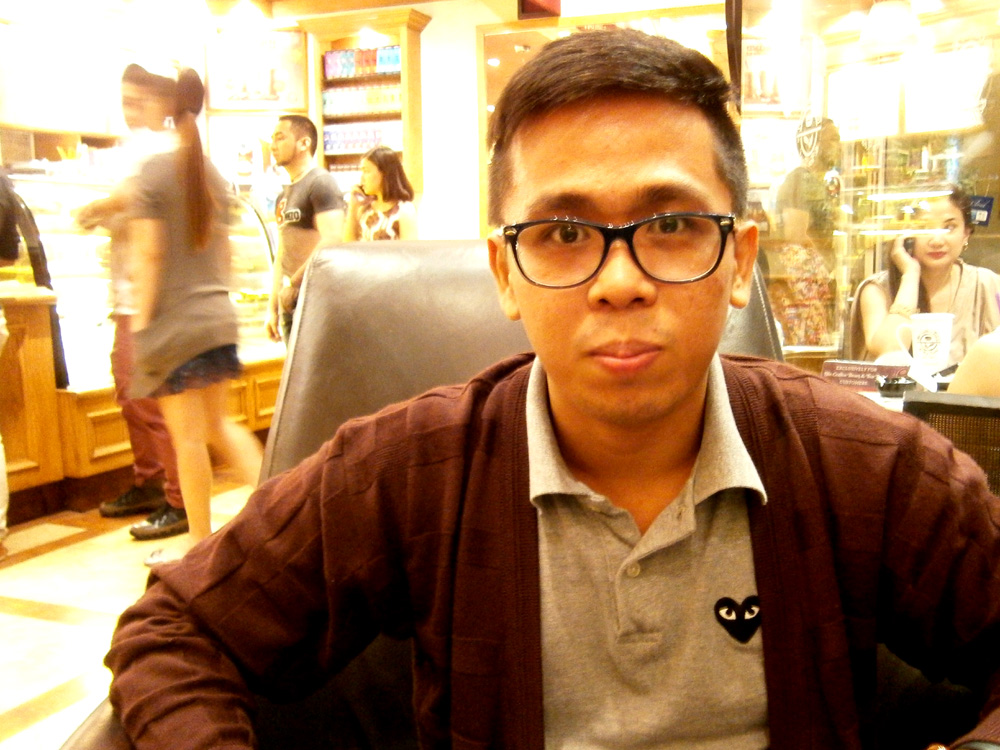 When we were about to go home, we passed by the row of high-end stores and I was delighted to see Prada’s display window, with Sasha Pivovarova in it. Last October 2012, I expressed my delight to see the new mother doing fashion work again.

I’m not a fan of flowers and Mon was fully aware of that. Instead, he gave me this stuffed heart which I will be bringing to the office with me. Happy Valentine’s Mon and thanks for the sweets as well! =D