The 8th of March marks my late maternal grandmother’s birthday. If she were still alive today, she would have turned 77 years old. I wasn’t able to visit her grave last All Saints Day and the last time I went to the cemetery was during her interment. Because of that, I had already decided since January that I would visit on her birthday and good thing it fell on a Friday, when I could comfortable wear jeans and sneakers.

After I had passed by St. Claire in Katipunan, Mon and I met in Farmers Market to buy some flowers. I forgot to bring some candles with me, but as it was raining lightly, they would just be easily extinguished. Cemeteries always give out a somber atmosphere, and the gray skies did not help to alleviate the gloom. Looking for the exact place of my grandmother’s grave, we got lost on the first turn because of the weeds growing around it. She’s sharing the same place as her mother and uncle, as seen in the tombstone (though her mother’s was written separately). 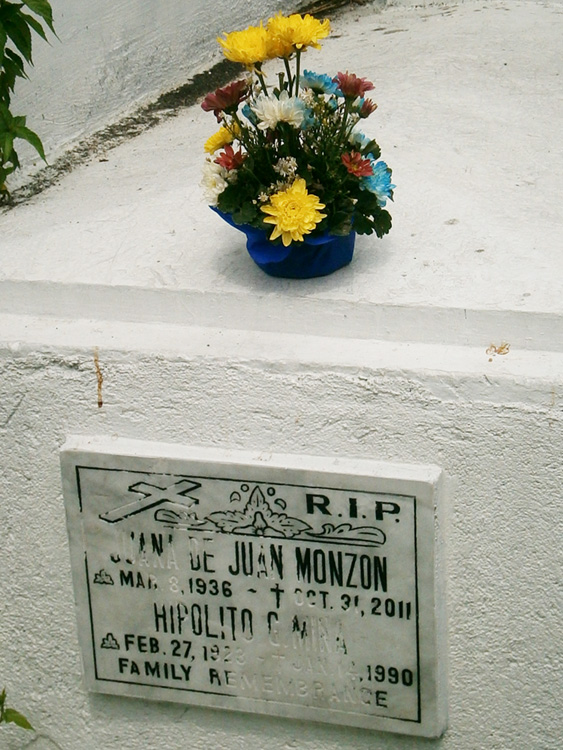 We then heard footsteps approaching us and they were made by a middle-aged lady, who probably followed us from the entrance. It was very annoying to hear her jabber about the state of the grave, and offered monthly cleaning services. I was honestly at the point of telling her off because I was really in the middle of deep reflection. It was difficult to think and concentrate when someone was just talking away and pulling weeds and shrubs. What I couldn’t understand was why she chose to do her cleaning while we were there, having a quiet moment in front of the grave. And when we left 15 minutes after, she was already trailing behind us. >_< So, why destroy my quiet time? The realist, suspicious side of me thought that the lady MIGHT take the flowers away, after we left the cemetery. 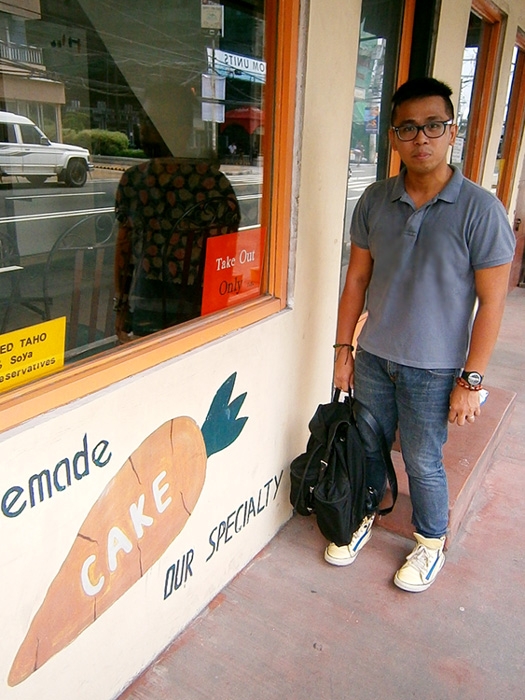 Before leaving the area, I told Mon of this place, which my sister and me has chosen as a de facto landmark since we were little. As far as I can recall, we’ve been watching out for this giant carrot because it meant that we were already near the cemetery. We never had the chance to have a look inside, though, so I took the opportunity earlier to finally visit this homemade carrot cake place. 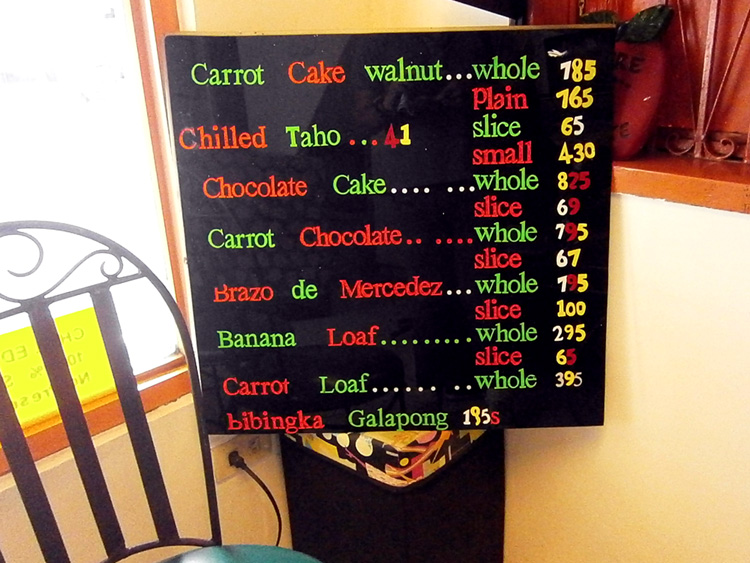 Even if their prices were ‘reasonable’, we had no reason to buy a whole cake from them. So we just bought two slices, for the sole purpose of tasting them. Looking at the menu for the first time, I though that a whole ‘carrot cake walnut’ was just Php 185 but obviously I have misread it if I were to pay Php 65 a slice. And speaking of the slice, it was smaller than what I’ve expected, but we still bought some because it was embarrassing to setp out empty-handed. So the verdict: I might not return there for a long time but it was nice to have finally satisfied my curiosity after almost two decades. =D