Say hello to a new day! I have brought along almost all shortsleeves polo with me but I don’t remember wearing one since bringing them. As it is almost raining the whole week, the prospect of sweating profusely has significantly reduced. Another colorblind moment, though, as I thought this was a white polo with gray stripes, but apparently, it was pink in some other color. Oh well. I would never know about it not until I commented that Mon and I were both wearing white polos and looked like high school students. I was evidently wrong. 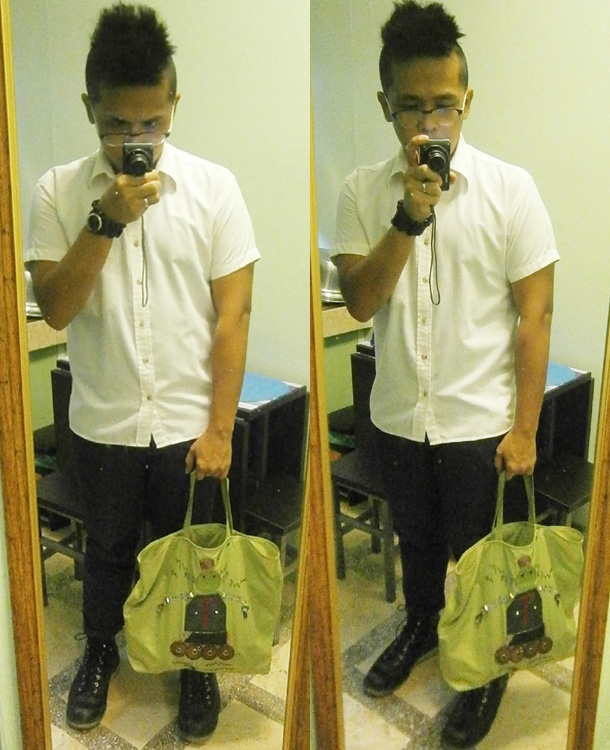 Anyway, I’m definitely anxious but excited over our week-long trip to Mindanao with my colleagues. Again, I have NEVER been to Mindanao and the southernmost place I have been to was just Boracay Island. *facepalm* I have never closely looked at our itinerary until today, so I was shocked to see that we will be basically moving around the island of Mindanao: from southeast to northwest! It will be my first time to travel via plane to a local destination, but too bad because it will also be my first travel without Mon. =(

I still have to go back to Marikina for the weekend, but most of my things are already in Makati. I already have a trolley with me, but the “feet” has broken down a bit during our last trip to Seoul. It might have probably been thrown inside the plane that time and it was perilously dangling when we were already on our way home. I am thinking of getting an affordable but sturdy luggage this Sunday before leaving, but I still have to check the budget.

As for my expectations, hmmmm, growing up, I had an impression of Mindanao being a place exclusively inhabited by people practicing Islam. That idea was instilled in me specifically in the early 90s when we had neighbors gossiping frantically about the Muslim couple living next doors. I need not elaborate on the details, but I carried those false notions until when I was about to finish high school. I frankly think that it was a misinformation and ‘miseducation’ by the mostly Manila/Luzon-centric sources of information, and I definitely have to thank UP for widening my horizons.

Enough of the rant! I still have to carefully plan my things and prevent myself from overpacking! ^_^