Two weeks ago, Faye sent a Reddit link to me about a guy who became quite adept in altering his old and/or thrifted clothes. I’ve been wanting to try this project out, given that I have recently bought a sewing machine for my mother, but the busy graduation week last week prevented me from doing so. But as it rained so hard this Saturday afternoon and as I had no plans to go out, I had all the time I needed to experiment on some of my clothes that needed some revamping. The first two things I thought of working on was this retro-looking longsleeves and a pair of navy blue pants. 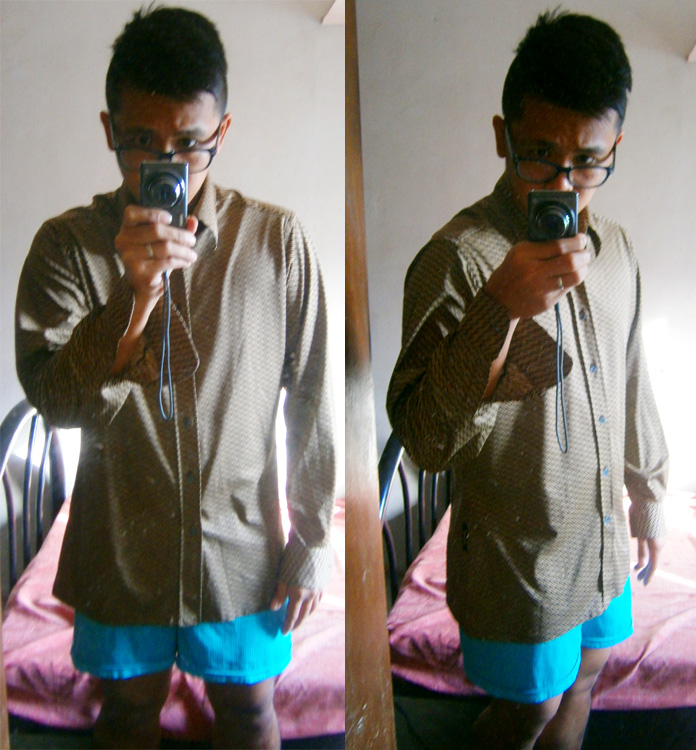 The longsleeves was in a stretchable fabric, and I was quite worried over what kind of stitch to use. It  would only be the second time to sit in front of my mother’s sewing machine and I only used the basic, running stitch over a minor alteration on that previous occasion. Should I use the zigzag stitch or just stick to the running one? I have also tried using the tailor’s chalk to mark where I needed to cut and stitch the new seams together, but the fabric did not seem to have the slightest orange stain on it. I resorted to using a black ballpen and good thing that the marks were placed inside because I had mistakenly drawn a lot of stray ones.

The first cut was difficult. The length of the shirt was about five inches longer than what I would normally want it to be, so I had to cut it. From the tutorial, he went straight away sewing the marks, without putting on pins. However, I wasn’t that comfortable in doing the same thing, so I had to put on a lot of pins before sewing. I started with the armpit to the sleeves, then back to the armpit all the way to the newly-unfinished hem. I had a hard time sewing the sleeves, though, because I can barely fit the hole beneath the machine’s feet. I eventually got there somehow, and after several runs with the acting-up bobbin, I was able to hem the sleeves.

As for the pants, I only got to wear the pair once on a Valentine’s night since buying it, but it stayed inside the closet since then. The fit was just weird, and even if it has been already altered by my beloved tailor, I still did not like how it sits on my behind. Frankly, I had no idea what to do with it while altering, but I just ran a half-inch adjustment from the crotch up to the hem. The sewing machine is not a heavy-duty/industrial type, so I was careful not to push it too hard and break a needle. Most of the time, I just manually move the wheel just to lock the stitches. 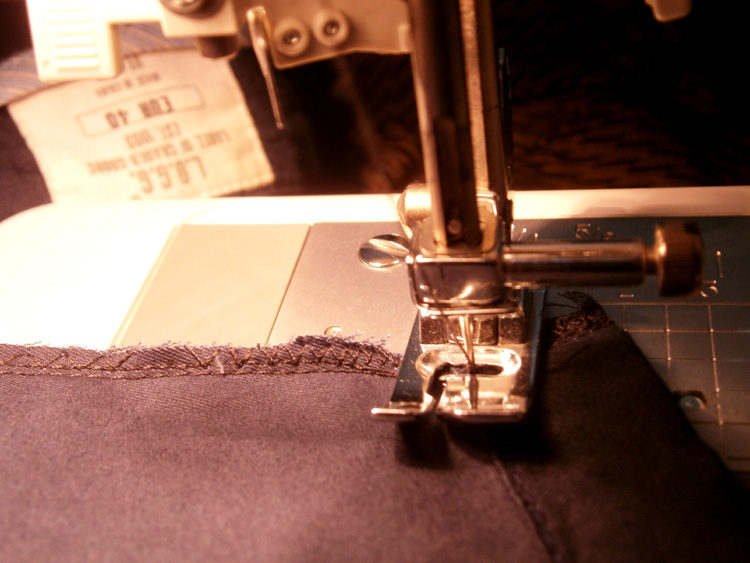 Et voilà! I think I have made a fairly good job with the alteration of this longsleeves to a short sleeves,  and changing a straight cut pants to a slim fit one. It was not as tasking nor difficult than I had expected. What was first a guinea pig garment for experimentation, actually turned out to be something I will definitely wear in the coming days. As for the pants, I am very sure that they will look nice with every pair of boots that I have. I might try altering two longsleeves tomorrow, that is if Mama will not use the sewing machine, as she was so inspired by my DIY work and will most probably alter a few garments of her own. 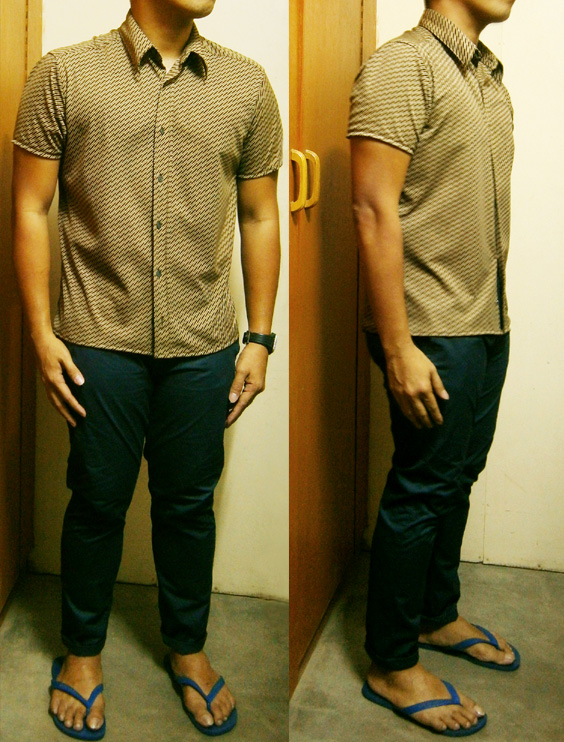