As today is a holiday (i.e. the 119th Independence Day), I took the whole day to sort my things and clean my bags. I had already run out of leather-cleaning stuff, and I’ve been wanting to drop by SM Megamall to buy some.

It was a quick and breezy ride going there, as there was no traffic. As expected, there were a lot of people inside the mall, though. 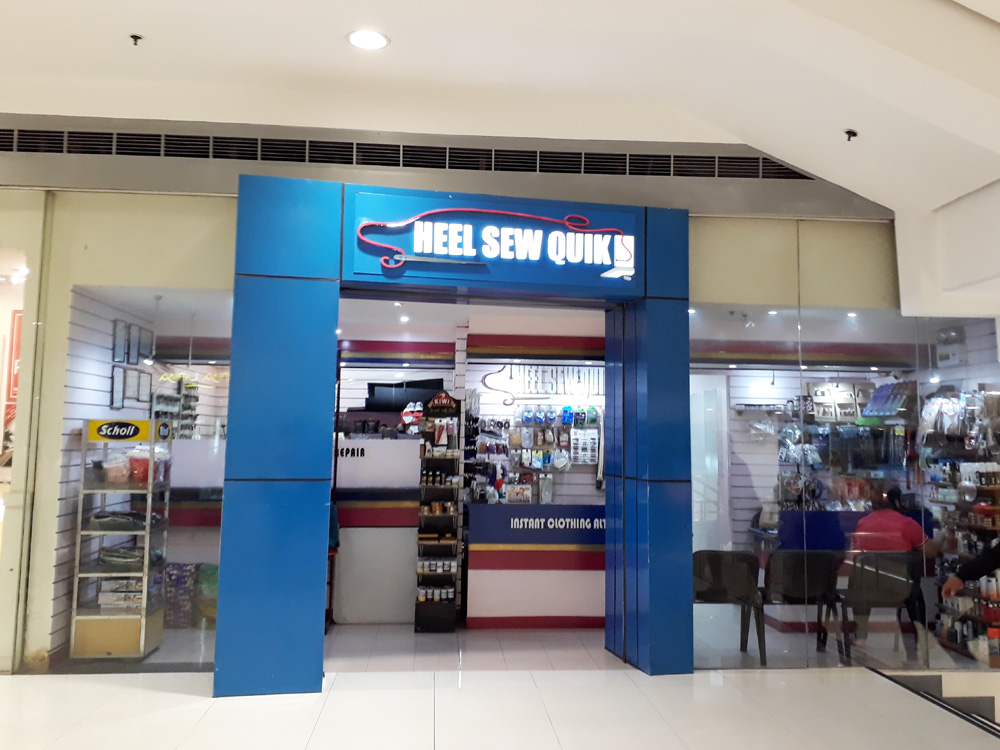 Getting the good stuff

I went straight downstairs to the Lower Ground area, where this leather-care Mecca is found. I have been hoping to go there again, but could not find the time as SM Megamall was out of the way.

After careful consideration of what I needed (not to mention foresight of not being able to go back again for months), I was able to buy a couple of products to help me on the day’s agenda. 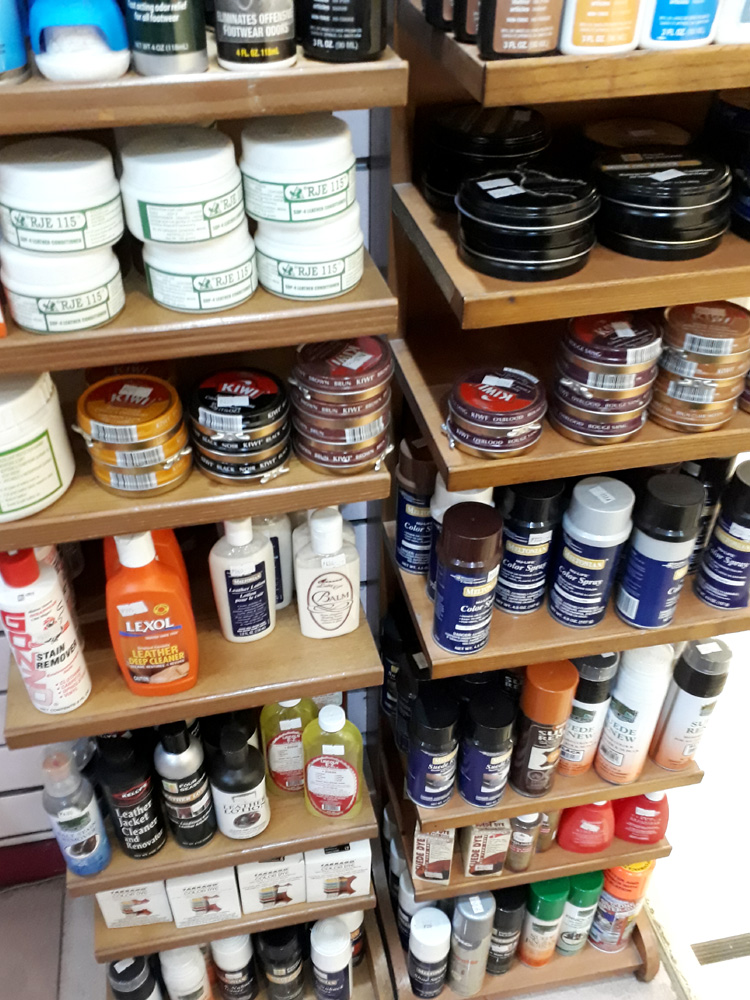 A shelf of leather care products

First was mink oil. I have previously posted on a tin can of mink oil from July 2012. I might have misplaced it at home, and the last time I had checked, the consistency was no longer good. I’ve read a lot about mink oil being bad for bags, especially as it weakens the stitches. Most products in the market allegedly contain silicone as well. The Angelus brand below, conveniently, addressed these issues.LOL

Second was an all-purpose Lincoln E-Z Cleaner, which I hope could help me with a big suede bag.  As far as I know, this bag hasn’t been out for a long time because of the sweltering heat and the present-rainy weather. Considering the age of the bag (Tom Ford was with YSL from 1999-2004, so this might be from early 2000’s), the suede looked a bit blotchy on some parts.

As I mostly have black bags, I also needed stuff for touch-up. I was debating between the Meltonian Nu-Life Color Spray and the Tarrago Color Dye, but eventually thought it would be better to have them both. Besides, I would not want going back to SM Megamall again, in case I needed one over the other. 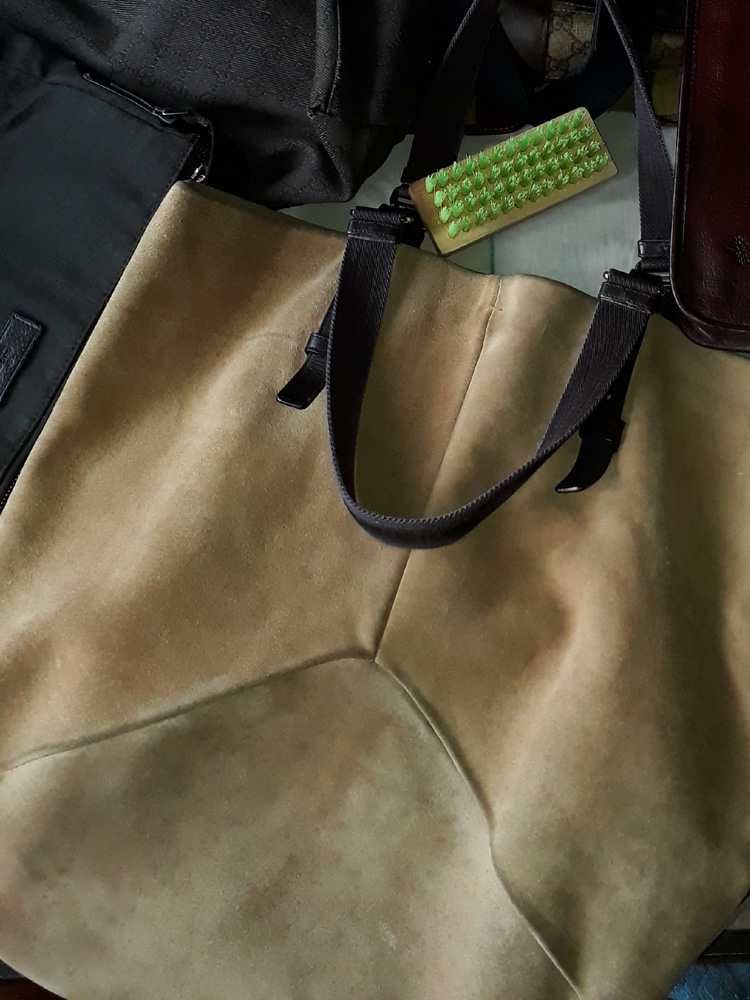 The first thing I tackled was the suede bag. The label says NOT to saturate with the solution, and only use the foam from the shaken bottle. I initially tried on an inconspicuous part inside the bag to see how the cleaner will react.

After it had completely dried a couple of minutes, I had greater confidence and carefully scrubbed the bag’s entirety. It took me a good hour to finally work on the whole thing. That is definitely one big suede bag. Thank goodness I have also been binge-watching Season 3 of Gossip Girl, and it felt less like a chore. 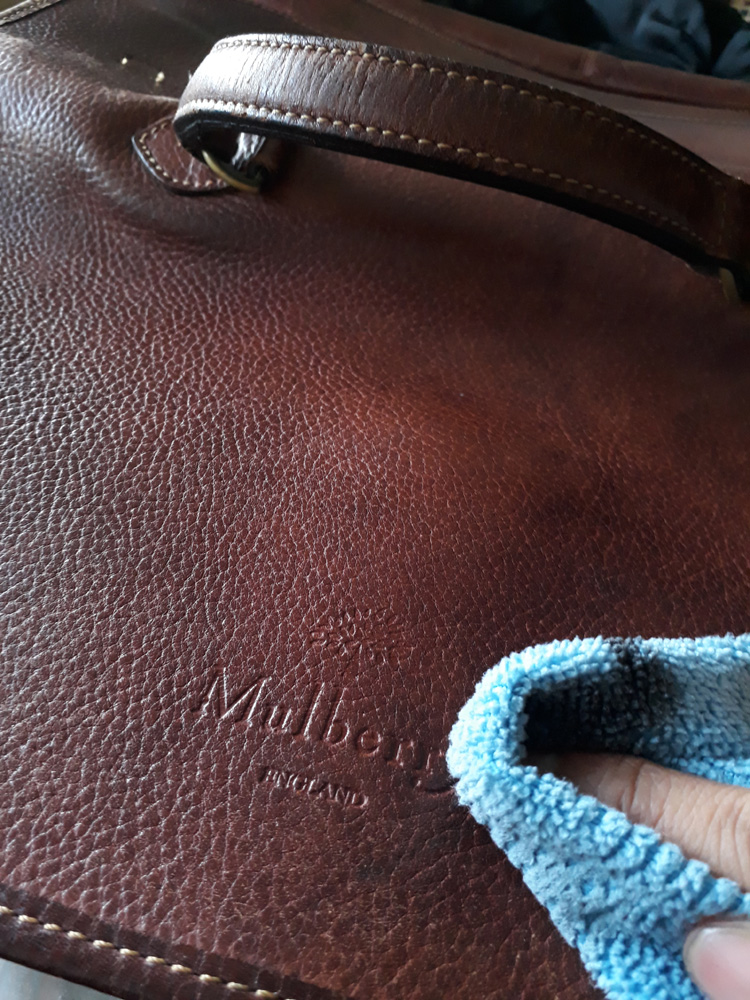 For this vintage bag, I wanted to recondition it with mink oil. The usual leather conditioner in our cabinet just cannot deal with the faded piping. I know that given the nature of the wexford leather, it will most probably darken from mink oil application.

I still gave it a go, as I did not mind the rich brown patina. The piping looked better and fairly consistent (though a tad darker) than the body.

I was also a bit gutsy with the mink oil and was careful NOT to saturate the rag as I cleaned the vachetta of the Montsouris. It was quite dry prior to the application, but a careful conditioning brought out the lovely shine on the leather. 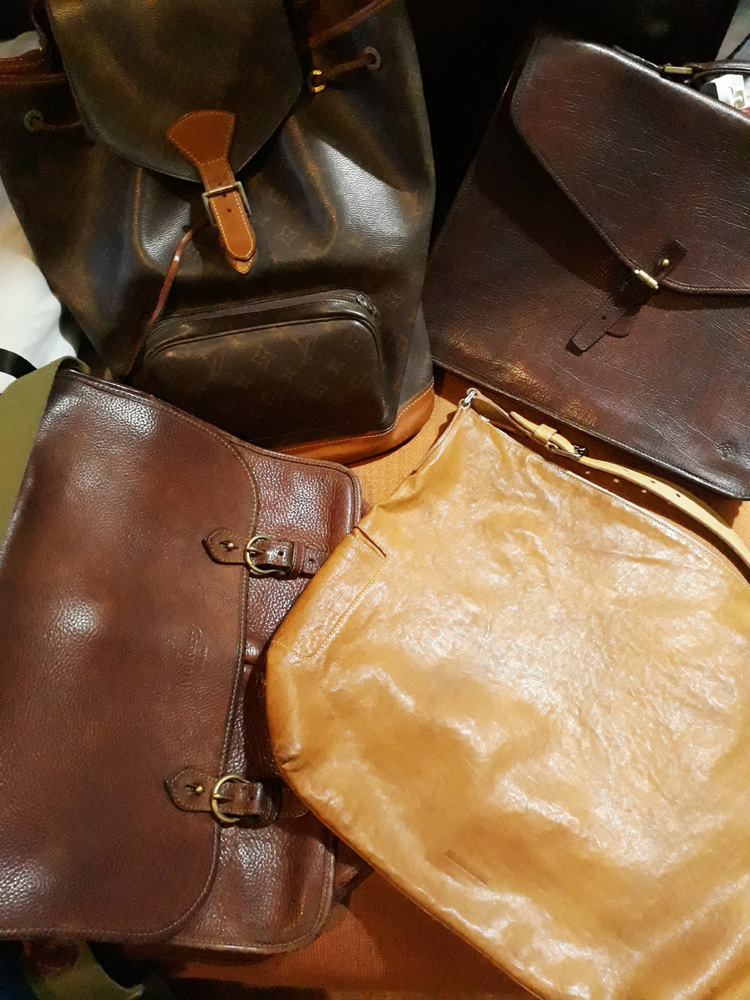 As for the tan Jil Sander bag (which I used last December in a trip to Korea — not to mention thinking it was orange), it needed a LOT of cleaning and scrubbing. The material itself had fairly received a lot of nicks and marks with my clumsy ways. This was such a workhorse.

With the foam on the clean rag, it also came out cleaner than earlier. I thought that this was really a powerful cleaner! What I love most about it was the leather contrast lining, which, I thought wrongly again as yellow. It turned out it was green. Same, same but different.

Ten hours and eight episodes later, I was finally able to clean, condition and touch-up all of the bags.

And a side-note on Gossip Girl: five years after last watching the show (I think I had stopped early on Season 4), I realized how immature these kids were. As far as I can recall, I had condemned the show after they were done with high school.

I can forgive the pettiness when they were still at Constance Billard and St. Jude’s, but the shenanigan of Season 3 was atrocious. Luckily, I realized that the kilig moments were surprisingly from Rufus and Lily. The kids just could not hold a candle against these two. I might give Blair a free pass too because, well, she is Blair. In a world pre-dating the use of hashtags, this could not have been more significant: #WhatWouldBlairWaldorfDo

It was still a good leisurely watch. One that I could fully do whiling the time away before the next semester comes in full swing a month from now. I considered and reconsidered getting more than one subject. But at the end of the day, it will still only be one subject for me! I just did not have the heart.