Months ago, there were lots of issues over what will happen at Yves Saint Laurent  after Stefano Pilati left the house. First, who will be the designer? Then when Hedi Slimane (of the Dior Homme fame) was announced to be the next creative director, questions over the implication of being based in Los Angeles instead of Paris arose. To make matters more interesting, the rebranding (or harking back) to the ol’ Saint Laurent Paris raised eyebrows as it was a drastic departure to the iconic YSL brand.

When I saw thumbnails of the pictures of Saint Laurent S/S 2013 from Style.com, the dark color palette of the collection was obvious. I can’t help but remember Stefano Pilati’s view over color use when he was once asked by Anna Wintour in a scene from The September Issue:

(Screen capture from ‘The September Issue’)

Hedi Slimane went dark for his first collection for spring. I did not expect him to dish out florals as they are too literal for that season, but I was quite taken aback by the lack of color.

Four out of ten outfits that first came out were his take on le smoking, which was a quitnessential Saint Laurent signature. Given his menswear reputation, of course, the beautifully-done jackets and very slim pants did not come out as a surprise.

But the wide-brimmed with the bohemian vibe has so much Rachel Zoe going on that it was evident that Los Angeles has definitely rubbed hard on Hedi.

However, my favorite pieces were these very Veruschka safari jackets: 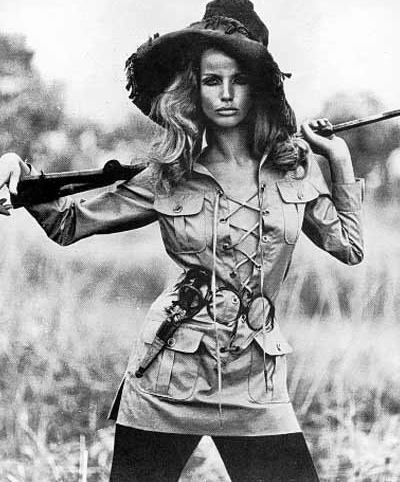 The mighty Veruschka in an Yves Saint Laurent safari jacket

Anyway, I think the collection was not that bad but it was not that stellar either. The hype and issues leading to his runway debut worked against him and people expected more. But at the back of my mind, I still wanted Pilati to be at YSL, but I just have to deal with it.

(All runway photos from style.com)