I first started doing the bag in November 25, and unsurprisingly, it took me a very long time to finish it. Aside from the lack of time to stitch, I kept on changing my mind on its details. Granted that it was designed with simple and clean lines, I must also be very sure with the details that I would add. If I were to carelessly apply contact cement, or worse, prick the leather with the awl and needle, I would automatically ruin it. Just like playing chess, it was touch-move. It is always easier to add hardware/details than remove them later on. So when I finally attached the hardware for the backpack-style, I know I can no longer have a change of heart.

The bag, as it is, is all ready to be used as either top-handle or as a backpack. However, one roadblock was my inability to decide on the design of the straps. I only have two dog snap buckles with me, and I needed two more. I also have to choose for an appropriately-colored canvas strap to sew in the leather and and the buckles. I am also half-sure on how to fold the sides in, to make it less broad and acceptable once I carry it as a sac-à-dos. I’m torn between sewing in magnets so they won’t be as obtrusive as the usual hardware; or I can add those pesky hardware behind the side-flaps thus making it possible to close them with a lock and/or attach straps for messenger-style. LOL

I got this turnlock closure from a store in Marikina Public Market for Php 10. I originally thought of putting two turnlocks, but the other one would have no purpose at all so I scrapped the idea. Again, my problem was deciding where to exactly put the lock in between the straps. I had about five mock-ups before settling with the one pictured below. I have no idea this takes a lot of work, or perhaps my indecisiveness and fear of committing to pierce the leather hampered my judgment. If you can also see, the left side of the front top-handle strap had tracing wheel marks on them. I did not catch myself from improperly using the tracing wheel and the line ran off course. I also had a miscalculation of the limit where the stitches had to be in, so I was about two stitches short to the right where I attached the strap. 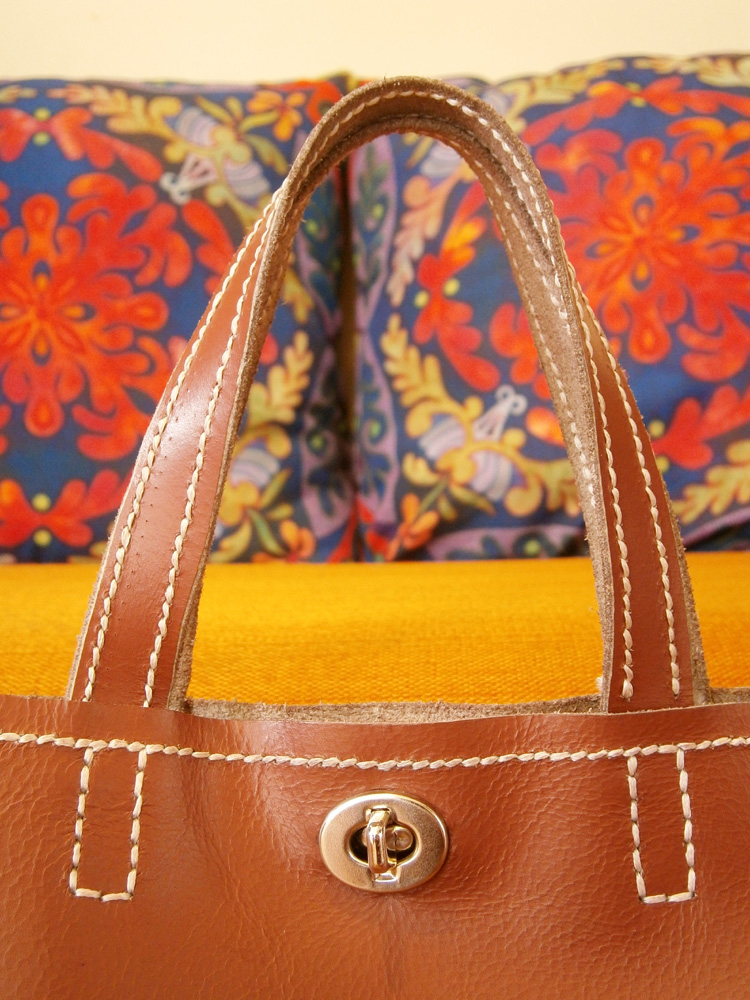 In addition to my non-committal to pierce, I also had a lot of difficulty sewing in three layers of leather. It was difficult enough sewing in two, so imagine how sore my hands were when trying to sew the bottom of the bag. I know that my life could have been easier had I assembled pieces of leather together instead of one giant piece, where properly cutting indentations in the base took me forever to decide upon. I also did not use the tracing wheel for these corners, and I was so obsessed in measuring, marking them with a steel ruler before running 8 stitches per side.

In some of the online tutorials I have read, a pricking iron was used to pre-punch the holes. However, I wanted to do it Hermès’ piqué sellier-style, where a hole would be punched with an awl for every stitch made (see video below). Luckily, I had the last minute epiphany of hammering the ‘eyes’ of the needles flat to make them narrower, thus making it easier to pull two stitches at the same time from the hole of those three layers.

It was very tricky stitching the base

All in all, I’m very pleased with the result of my project. The moment I get my hands on materials to make the straps and also those magnetic closures (yes, I finally decided on it now as I write along), I will eventually be carrying the bag to work. =) I still don’t have a next specific project in mind, but I will most likely work on small leather goods (SLGs) from what remained of the large leather hide I had bought. I’m still admittedly a bit rough around the edges, but I personally think that it looked really good! 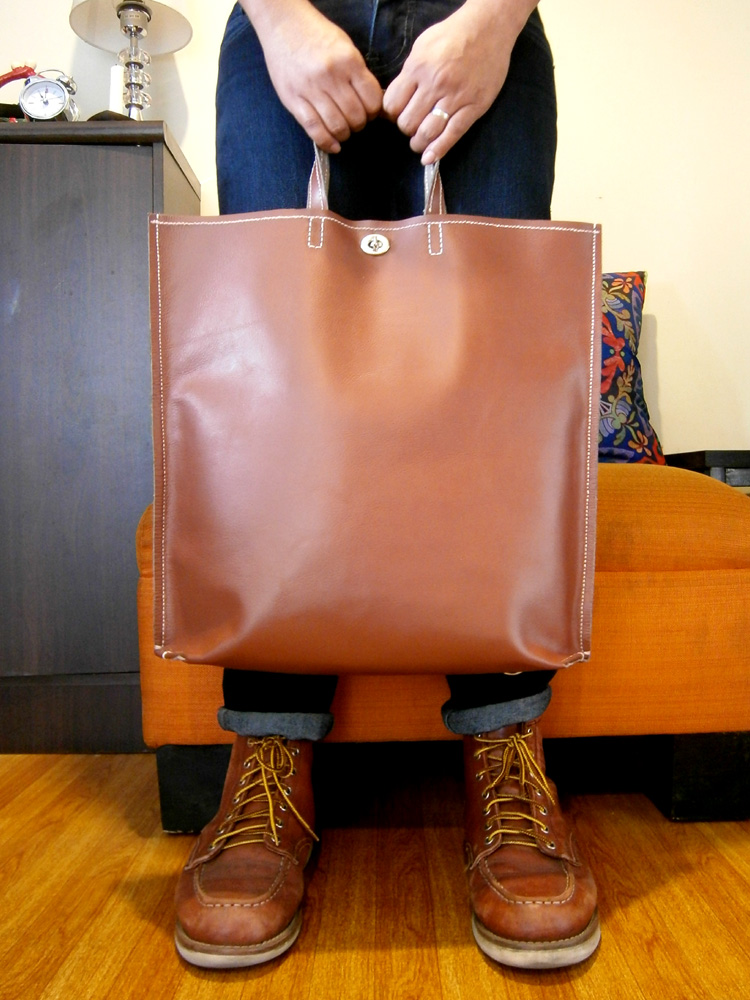